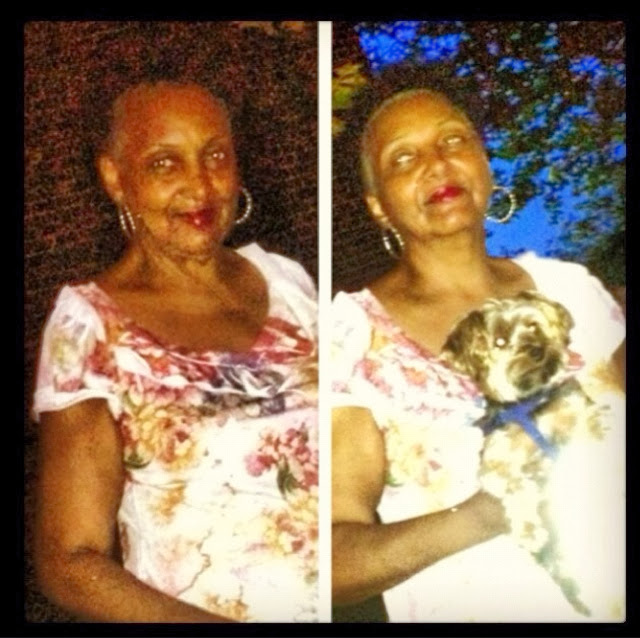 I spent the day with her .. None of her other children or grands.. Just me and her. We talked for hours and I learned so much about her, while discovering so much about myself.

After 70 years, only she would be able to explain how much adversity she's faced.  From being abandoned by her mother and neglected by her father - who raised other children that were not even his.. to raising her grandchildren, during a period in her life when she should've had the freedom to follow her dreams and everything in between. 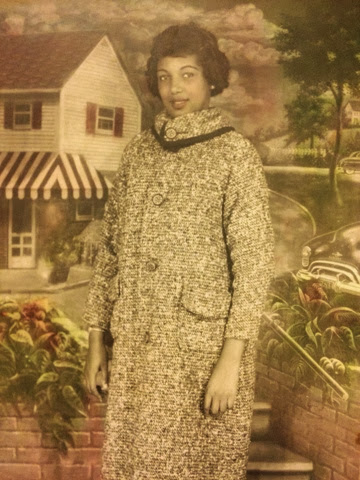 I've known her for my entire life, she was there when I was born. Although, at times, I feel like I don't even know her. So I became audaciously, yet respectfully, inquisitive today. I remember how annoyed and short-tempered she used to be when I would ask her too many questions as a child but today was different. She took her time to explain things in great detail. 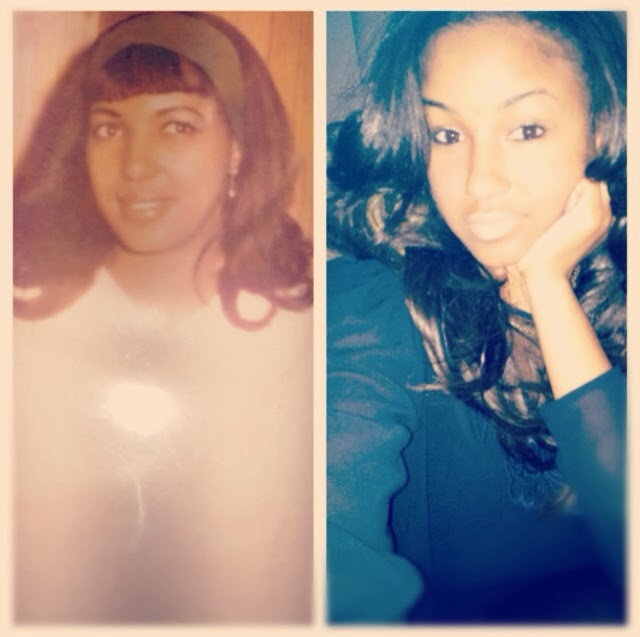 First, I asked her why her mother left her and her siblings to move to Baltimore. I really wanted to know: why Baltimore? Especially because that's where I reside now. I find it funny that I ended up living and thriving in the same city that became my great grandmother's home after she abandoned her children. It almost felt like I was listening to a girl in her adolescence, as the pain seeped through her words from wounds that still haven't healed. Being abandoned as a child can have critical affects on a person as an adult. Especially for a person like my grandmother, who was an adult, as a child. Starting at the tender age of 13, she began taking care of womanly responsibilities, when she should've been able to just live as carefree as all children are supposed to. 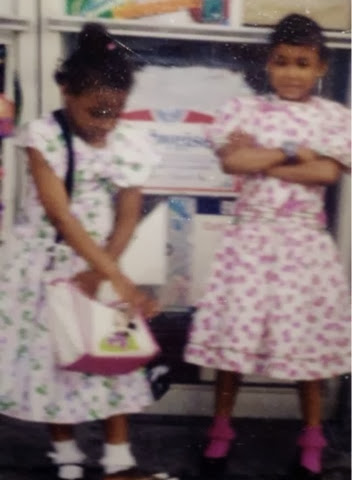 As I listened to her recall childhood stories that revolved around feeling outcasted and neglected, I asked her if she felt alone again once her children became adults. I wanted to go to school and become a baby nurse or a chef. Once my kids were grown, that's what I was going to do. That was my dream. But then your mother started having babies and I had to step in and take care of y'all.

I was hesitant to ask my next question but that statement compelled me to want to know why she decided to take care of us... Why didn't she just let us go? Y'all were my grands. I didn't want y'all being thrown around no foster homes. They don't half feed those kids. They molest and rape the girl children sometimes. I didn't want anything to happen to y'all. I wanted to make sure y'all were raised right. Y'all were my grandchildren, no one else's. It's honestly so hard for me to finish writing this right now. I am in tears. The reality that my grandmother really gave up her entire life for my sister and I has never resonated with me like it is in this very moment. She didn't have to raise us. We were not her responsibility. She took care of her responsibilities and had the freedom to finally live for herself. But instead, she chose me.. and my sister... and even my brother, before he went to live with his father full time. 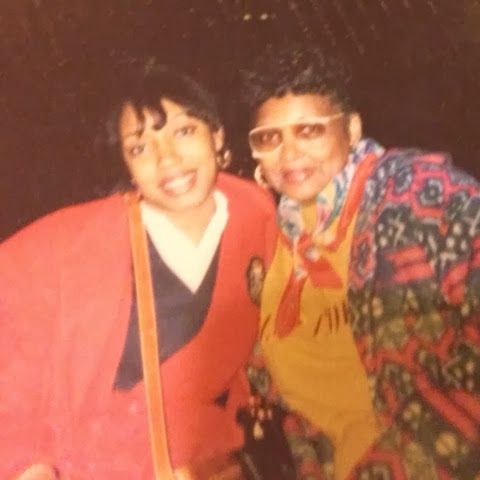 Initially, I wanted to write this entry about her turning 70, how much she has accomplished during her lifetime, and all of the things that I would like to achieve by the age of 70. But all I can think about are the burdens that she has had to endure throughout all of these years.

It deeply saddens me...

...while simultaneously motivating me. I have to live better, for her. I have to make sure that I live my life to the fullest extent, attempt all of the things my heart desires, and make all of my dreams come true. I also have to raise my children with all of the things that I did not have (that are in my control e.g.: A father, a stable home, daily examples of unconditional love, and logical consequences instead of physical abuse) so that they may raise their children in the same way... So that I can be a grandmother who is a grandparent, not a primary guardian. Not that I wouldn't sacrifice my life to raise my grandchildren in the same way that my grandmother did but I know that she did not sacrifice her life and work so hard for 70 years for me to continue the vicious cycle that has plagued my family for generations. She wants me to break the curse and that is exactly what I plan to do. 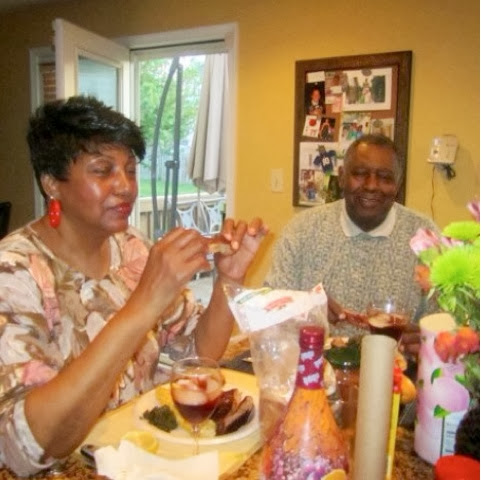 Being raised by her had it's highs and lows. She was extremely hard on me. She admits it too. Even though a few years ago, she apologized to me for being verbally and physically abusive, I still resented her for that. Not realizing that on many occasions over the years, she may have resented the very moment that she made the decision to be a mother to us. And if she did, she had every right to.. She is human. 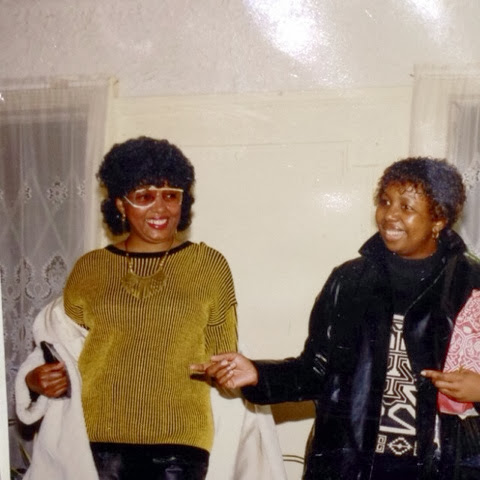 A good friend once said to me, the ability to gauge in the dual perspective is a dynamic component of what makes a person a wisdom-bearing individual. As a child, I never saw any vulnerability from my grandmother. From my perspective, she was just so strong and relentless. As I get older, I realize my grandmother's experiences hardened her shell and caused her to be tough and overly-defensive. Today, I realized that the same way I harbored resentment toward her for her mistreatment of me, she has been harboring resentment toward her parents for their mistreatment of her. And here we have it, another pattern that I must discontinue. Essentially, I learned that I must stop harboring my pain or I will grow old with it and never get rid of it.

I don't want to wake up on my 70th birthday, with the same broken heart that I have today. Forgiveness to those who have taken pieces from my peace has to go in effect, starting now. 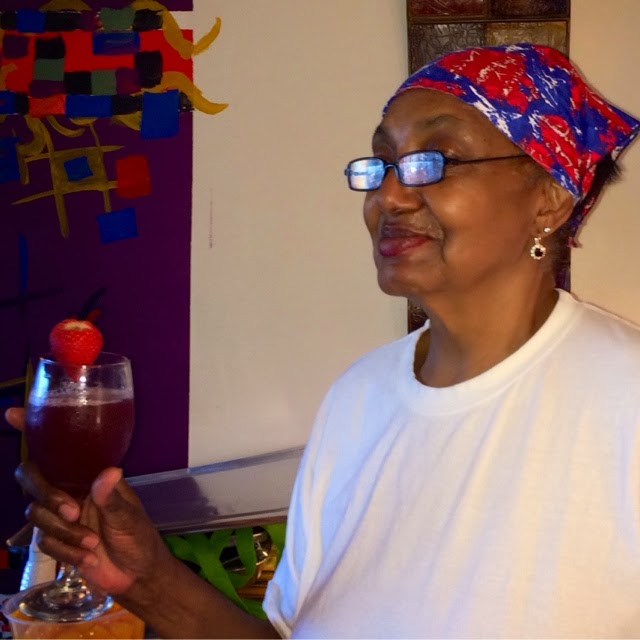 I love my grandmother so much more than I ever have. Her birthday is now my soul's rebirth day. I'm blessed to be able to gain insight from her life's experiences.