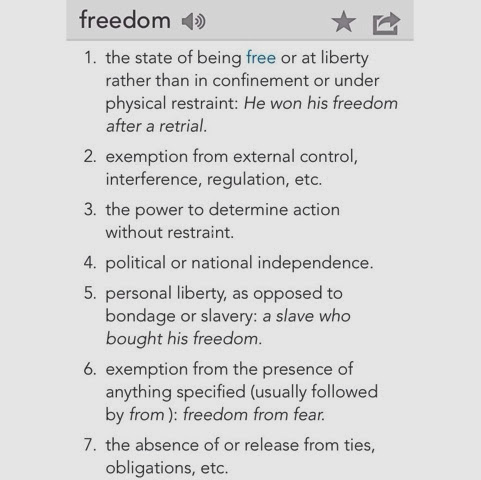 For future references.. I mean, just so we're clear, there are going to be times when I'm going to need to do things that make me happy, independently... It doesn't mean that I love you any less. I know it sounds crazy but I got used to making myself happy ..and if I don't take the time for myself, to do the things that keep me content alone, I won't be able to be content in a relationship with you.
Do you add to my joy?
Yes! All of the time.. But I can't disregard my me-time just because I have you. ...Cause if I ever lose you, I don't want my happiness to go too.

Being boyfriendless for almost 2 years now has steadily broken me out of that habit. I won't lie, being alone/single was unbearably depressing during the first few months.. maybe even during the bulk of the first year! But there's no greater reward than the harvest that comes after enduring a season of growing pains.

During my desolate hour, I only had 2 choices: I was either going to be bitter/lonely or I was going to create my own happiness and discover more and more ways to maintain it. I chose the latter. I stopped using words like alone/single to describe myself because of their negative connotation. I erased them both from my vocabulary and gave life to the word freedom, embracing all of the beauty of such a state.. A state that many people do not have the privaledge of experiencing.

Right now, I'm enjoying my freedom too much to risk losing it. I would even go so far as to say that I cherish it. The bliss that it causes is newfound and I'm in love with it!

I discovered the balance between loving myself and simultaneously loving someone else. The foundation that holds this balance in place is my ability to remain happy, self-sufficiently.