No Need for Validation 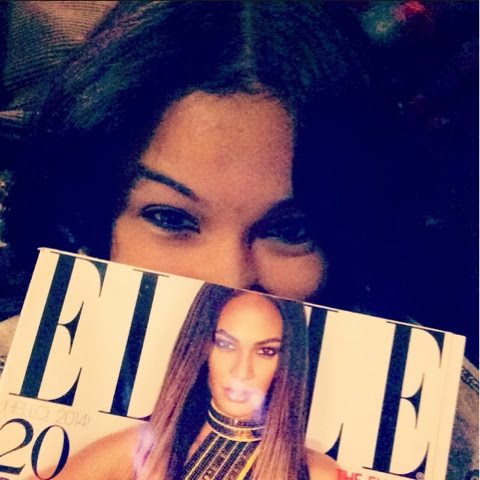 One of my friends always wanted to start her own denim company. I met her when I was finishing my undergraduate degree at Morgan State University, she was just beginning her first year in college as a Fashion-Merchandizing major. She learned the art of starting a successful business and was constantly improving the sketches of her different ideas. By the time she graduated, she had a portfolio full of unique designs that made her confident enough to move to the Big Apple and start her career in the fashion industry.

She moved to New York and landed a job working for Elle Magazine, as a secretarial-assistant for an assistant-editor. Her own mother thought she was crazy for such an audacious move to New York. She would say things like, All of those years in school? Just for you to be a scretary?! You're wasting your time! It was like she dug into the deepest hole to find the lowest, most demeaning tone when talking to her daughter about what she considered a poor decision. Her mother was a principal in Prince George's County, Maryland. She expected her daughter to choose a more reliable occupation, instead of following her dreams. Every time she would speak to her mother, she felt afflicted with anguish and regret; however, dispite how dismally discouraged my friend grew, she never gave up on her goal.

Of course she didn't want to work as a secretary but she knew she was close to her dream by at least working in the field of fashion.

After 10 months of working at Elle, she carelessly left her sketch book open while she was in the bathroom. Her boss came by her desk to talk to her about something very important but instead of finding my friend, he found her sketch book. He flipped through it and left a note on her desk, telling her to come to his office as soon as possible.

Yes Mr. Winsanf? You left a message on my desk telling me to come to your office?

Have a seat. There's no easy way to say this but I have to let you go. We are cutting the budget and we have to let go of our newest hires.

...But ... I've been here for almost 11 months. There are people who were hired months after me.

I'm aware of that but this was the decision that was made. It's out of my hands. You have until Friday. I wish you the best of luck and I'm going to give you the telephone number of one of my colleagues that may be able to help you to find a position else where.

She crumbled the number and shoved it into her pocket. She was so upset that she packed her belongings within 10 minutes and left the building. She decided that would be her last day, she would not be waiting until Friday.

For almost 3 months, she sulked and wallowed in her own misery, barely living off of her unemployment checks. She never wanted to go out, she stopped wearing make-up, and never even shopped for new clothes. Even though she never wanted company, I would still call her once a week during that summer, to make sure she was alive.

The leaves started falling off of the trees as her birthday arrived. To my surprise, she invited me and a few of her other friends to go out with her, for the first time in months. As I sat on her bed, waiting for her to finish getting dressed, she began vigorously looking for her favorite lip gloss. She went through all of her purses and jacket pockets to find it. While looking, she came across the card with the number that her former boss gave her, when he laid off her off. She put it on her dresser as she continued searching for her lip gloss.

On Monday morning, she woke up to find an eviction notice under her door. Depressed, jobless, and almost-homeless, she sat in the corner of her bedroom and cried. She thought about calling her mother and moving back home but her pride out weighed her pain. Calling her mother was not an option. Suddenly, she looked up and saw the card with the number on it that her former boss gave her. She remembered Mr. Winsanf telling her that one of his friends might have a job for her. Even though that was months ago, she figured she had nothing to lose by calling the number.

Hello, my name is Janet, I was given your number by my former employer...

I have been waiting for you to call me! Winsanf told me all about your denim sketches. I am always looking for fresh new designs for our newest collection. I would love to hire you as one of my designer team members. You wouldn't be a full time designer but it's a stepping stone. Most of my head designers started off in that department first.

Okay. I had no idea that Mr. Winsanf knew about my denim sketches. I am unemployed now, so yes, I can work for you. What company is it?

The Gap. Have you ever heard of us?

The rest of the conversation was filled with screams of joy from Janet. Her dreams were about to come true.

There are many lessons that we all can learn from this story:

1. When one door closes, another one is waiting to be opened.
God closed one door and had another one open for her. Had she'd called the number when she first received it, she wouldn't have spent so many months broke, depressed, and almost evicted.

Many times, God puts exactly what we need right into our hands (just like her former boss did) but we are too upset with our current situations and we ignore Him.

My friend was so distraught about losing something that she thought was the best thing for her, not knowing that God had something even greater.

2. Never let go of your Self-Determination
When we lose our jobs or even something/someone that we love, we still have to hold fast to our self-determination. We must remember and believe that was is meant for us, is already ours. We just have to go out and get it.

3.Trust God's Promises
That's the most amazing thing about God's promises, they are exactly that - promises. Have faith in His word, keep working hard (because you can't just hope and wish, you have to do the work) and watch how miraculously He will manifest in your life.

Remember, what God has in store for you, is specifically for you. Nothing or no one can change that.

4. Be Humble
Even when her situation wasn't ideal, she was in the right place at the right time. In other words, God had her exactly where he wanted her to be. If she would have listened to her mother's opinions, instead of being humble enough be a secretary, the chances of her designs being revealed to a person that had the exact connection that she needed would've been close to none. When we humble ourselves before God, He will take us to higher heights and grant us with all that our hearts desire, at the most unexpected time.

5. Plant Your Seeds Where They Will Flourish
God opened those doors in a state that was 300 miles away from her hometown. Sometimes we have to leave our comfort zones to get to the place that God wants us to be. This is the place that he will allow us to Blossom. Even when our own family or friends aren't in support of our decisions, He will send someone to us that will help us to see our vision come to fruition.

So do not let your heart be clouded with disappointment and discouragement. If you are not getting validation from the people in your life, that doesn't mean that what you're doing isn't good enough. Sadly, some people just don't want to see you do better than them, so they don't help you in areas that they see you struggling with. They don't even give you credit or praise because they don't want you to feel even the slightest bit of success. This holds true for all, not just your enemies. Sometimes this even pertains to family and friends as well. But when seeking your dreams, do not waste your energy seeking approval from anyone else. Listen to your own heart's discernment and trust God's promise over your life.