You think your pain and your heartbreak are unprecedented in the history of the world, but then you read. It was books that taught me that the things that tormented me most were the very things that connected me with all the people who were alive, or who had ever been alive. -James Balwin 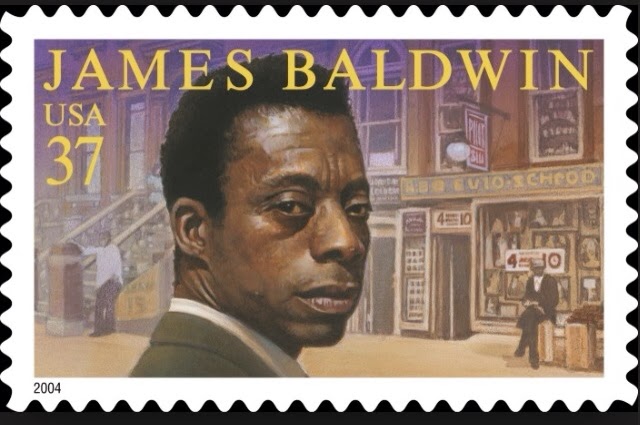 Everyone is quoting Rob Hill but can't even tell me who James Baldwin is ...tisk tisk brother and sisters.. tisk tisk fellow New Yorkers.

The fact that he died in 1987, only a year after I was born, makes me proud. I can say that I was born in the era of James Baldwin- so to speak.

Maybe that's why I appreciate his legacy as much as I do. 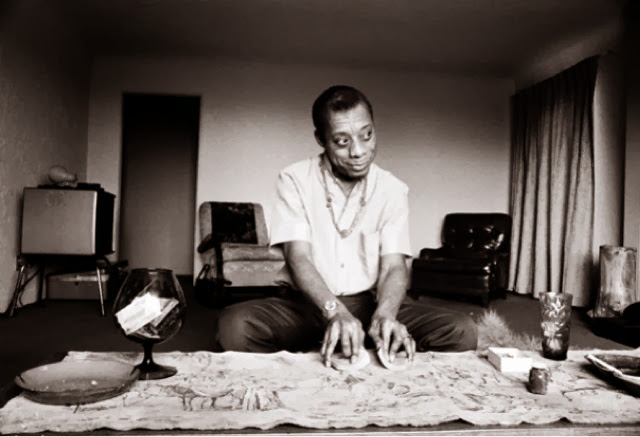 He was widely known for his first novel, Go Tell it On the Mountain but the second, Giovanni's Room is still used in college-leveled courses to spark deep reflections and discussions about equality for African Americans, as well as gay men in America. As we all know, back in 1956, being openly gay was not acceptable or legal, like it is today.

Much like Bayard Rustin, Baldwin fought for causes that had harsh consequences. After analyzing his early life, I think it's safe to infer that much of his strength probably came from the pain he endured from being abused by his step father and from being beaten by a gang of police, when he was just a teenager. He even lived through the Harlem Riot of 1943, which was set off after a Black solider was shot by a white police officer. 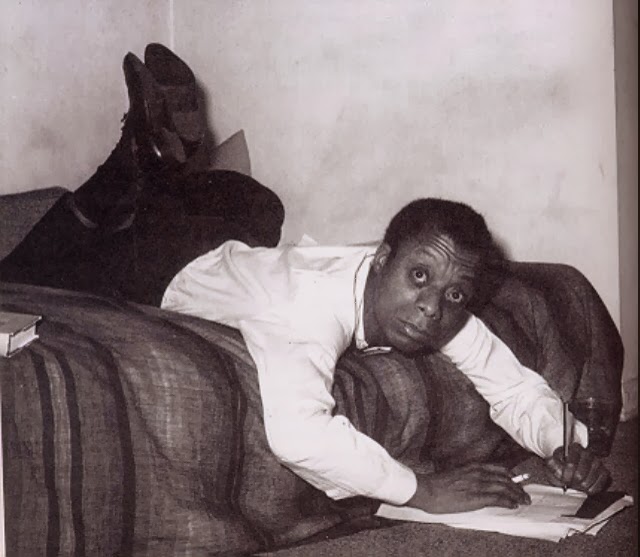 Through the pain, he persevered. His love of reading and writing kept him going, when nothing else would.

As a young man, his poetry teacher was the late great, Countee Cullen. Baldwin also attended DeWitt Clinton HS in the Bronx, where he was the editor of the literary magazine.

At the tender age of 14, he became a preacher in his step-father's church but as he got older, he realized that the church was just a space for him to hide and run away from his true identity of being gay. He soon denounced Christianity, not quite considering himself an atheist but just enough to separate himself from the faith.. because he believed it was a means of promoting slavery in the States.

After hanging out in the Greenwich Village area of NYC, he finally began to realize and accept the fact that he was gay. He knew that he would not be able to thrive as an openly gay man in NYC so he fled to Paris for a few years. While in Paris, he continued writing his esaays which were later published by the same company that was publishing work by his friend, Richard Wright.

While overseas, he was encouraged to travel back to the States to cover stories about the gruesome struggle against racial segregation in the South. This was when he met Martin Luther King Jr. He wrote two essays that were inspired by his time fighting in the South, The Hard Kind of Courage and Nobody Knows My Name.

Shortly after these were published, along with many other pieces for magazines such as the New Yorker, Harper's, and The New York Times, he sent a cable letter to Attorney General Robert Kennedy about the realities of the FBI's hand in the violence in the South. He also place heavy blame on the administration that was in the White House. Kennedy then held a meeting at his apartment in Manhattan which included Baldwin, Kenneth Clark, Harry Belafonte, Lena Horne, Lorraine Hansbury, and many other activists from other Civil Right's organizations. The initial solutions that came about from this meeting were minimally seen, in a gratitifying way, at the time. However, it later proved to be a crucial meeting in our history. It was the exact eye-opener that the world needed to help shed a tremendous light on segregation as being wrong morally and politically. 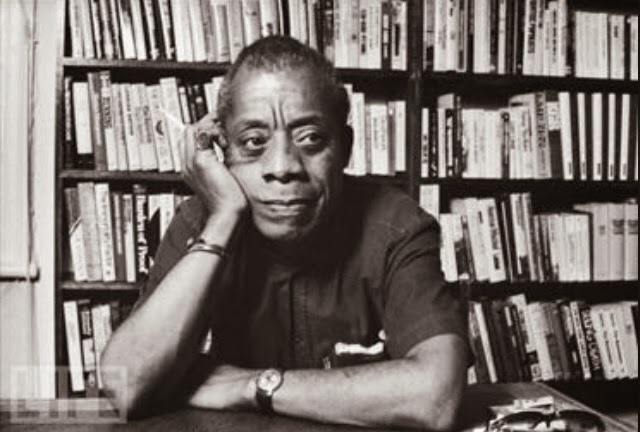 Baldwin marched in the March on Washington and well as the march from Selma to Alabama with SNCC. He was quoted saying that he was not marching for the Civil Rights Movement, nor was he marching as an activist. He believed that as a citizen of this country, one should not have to fight to be recognized or respected.

Baldwin's fight against injustice, through his voice as a writer as well as an orator is the epitome of what a strong man should be. He fought until he could no longer fight. Thank you Mr. Baldwin. Thank you for paying for my crown. I am more than honored to wear it.