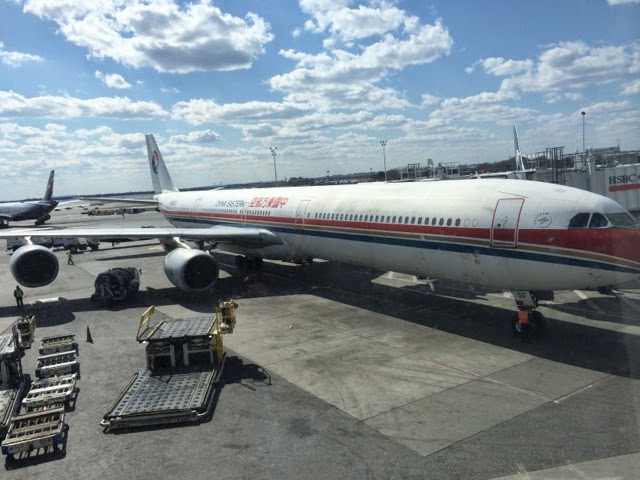 I woke up from my nap and thought,

I panicked! I've been all over the world but I never check my luggage because international destinations always require me to take multiple flights... Because of the switch factor, it's best to just carry my own things. I didn't even want to tell the girls about my fear/ premonition because I just knew that they would be like,

"You know better.. No one told you to check your bag fast-Fanny.."

After all, none of them had checked their bags. I was the only one. I wasn't purposely trying to be the oddball but my bag was entirely too heavy and bag-check was free so I figured, hey why not? I wasn't afraid of losing my bag at all ...at least not until I woke up thinking about it. 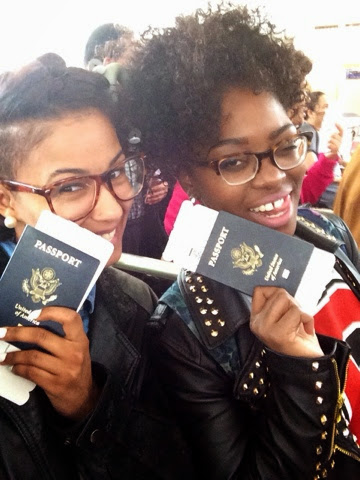 When we arrived in Shanghai, I waited until the girls weren't looking, so that I could secretly mosey over to the check in desk, repose my trepidation, and speak with the flight attendant,

"Will my bag be in Bangkok when I get there? Or should I get it now from the baggage claim?"

"Let me see your passport."

I handed her my passport and ticket. She looked in the computer and said,

"You only have one bag right?"

"It's going to go to Bangkok. What's the issue?"  She was so nonchalant.

*Whew* I sighed, thanked her for the reassurance, and went back to my seat. Meekz laughed at me for being so paranoid. The way I was asking about my luggage probably made the woman think I had never flown anywhere before. But I don't know .. I just had this scary and nagging feeling that something wasn't right. But I put it in the back of my mind. I figured the hustle and bustle at JFK when initially boarding was what made me feel like they were going to forget my bag. Boarding that flight was pure pandemonium! The people acted as if we didn't already have assigned seats. The poor flight attendants seemed so stressed out. They called the entire ordeal a "fish market"... One of them even said,

"Can you believe it's like this every day all day?"

I felt bad for him but I had to keep it moving. In total contrast, the airport's culture in Shanghai was much different. The atmosphere was way calmer. I guess that's what put my mind at ease and made me trust the flight attendant when she told me that my bag was going to arrive in Thailand at the same time that I was.

About thirty minutes went by and before I knew it, it was time for us to board our flight from Shanghai to Bangkok. Another 4 hours to add on to the 18 hours we just endured from NY to Shanghai.

Meekz stole someone's seat to sit with me. When the guy came, he didn't even ask her to move. He just took her assigned seat, with a smile. It was nice of him to do that for us. We talked about our current dating lives, jobs, and families for almost the whole ride as we stared at the stars from the window. We pointed out the different consolations and we even caught a glimpse of a shooting star. We knew that this was a sign: We were about to embark on another amazing journey to one day tell our grand children about.

We soon feel asleep and by the time I opened my eyes again, it was almost 2 am and we were in Thailand. My excitement level went from ten to ten thousand!!! 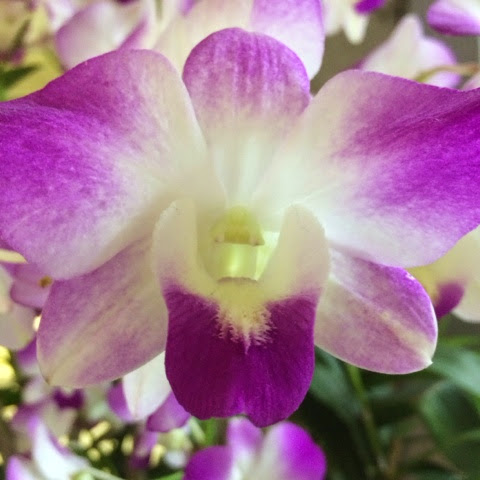 One of our rituals whenever we get to a destination is to race through the airport. Arriving in Asia was no different. Without warning, Meekz ran first, Shelly right after, and then me!

I yelled but neither one of them slowed up! But don't get it twisted... They aren't really faster than me... I was just too busy taking pictures of flowers and stuff! By the time I finally reached them, we were on the customs line.. Each out of breath from running and making everyone stare at us because of our loud and uncontrollable laughter. What can I say? Girls just gotta have fun! 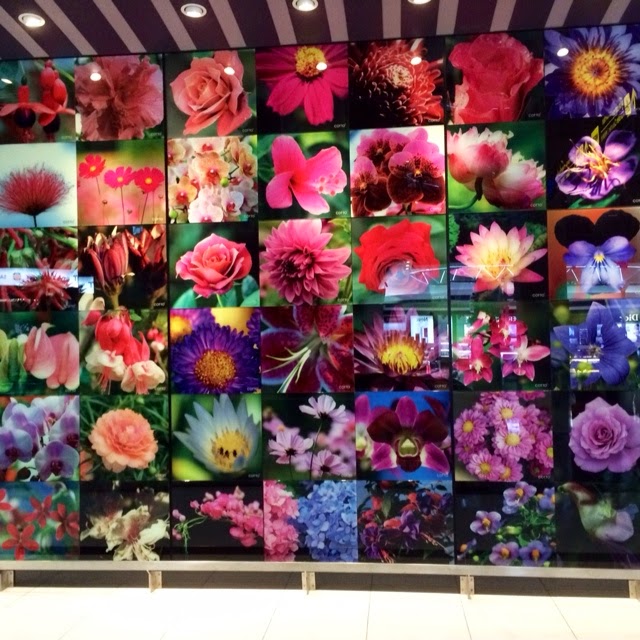 After getting my passport stamped, I walked right over to the luggage belt. It seemed pretty empty. I figured my bag just hadn't come off the aircraft yet. I had only been standing over there for about a minute when a security officer came up to me.

"Let me see your ticket."

He looked at it and began talking to someone on his walkie-talkie. I couldn't understand what he was saying or what was going on until he finally gave me back my ticket and said,

"Your bag not here - still in Shanghai - go to make report - you will get tomorrow - go now! That way!" 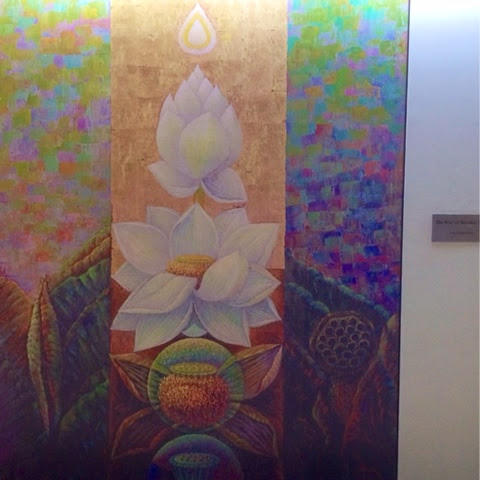 I said to Marika. Before she could say anything, all I heard was,

I looked up and it was good old Nikki. Since Nikki lives in Atlanta now, we didn't fly with her but she arrived in Bangkok around the same time as us. I gave her a hug and looked at our mom, Shelly..

"Shelly, they left my bag in China.."

I just knew she would chew me out and scold me for not keeping it with me... but instead, she walked to the security guard and inquired about what we should do next.

"It's going to be delivered to your hotel tomorrow at 12:30pm Ms. Clay. Don't worry. This happens all of the time."

Honestly, I wasn't worried or upset. How could I be? I knew it was going to happen. I'm no Olivia Pope but this was definately a lesson in going with my gut.

My intuition told me to get my bag while we were still in China but I listened to someone else. This was an easy mix up and could've happened to anyone but how many people do you know that have a feeling about something and then it actually happens? And this isnt the first time I had a weird vision and it actually came true. But lesson learned: As a woman, I have to constantly remind myself to listen to myself first. And as a traveler.. I have to remember that I have to keep my bag with me at all times. Guess I'll be wearing something of Nikki's tomorrow until my bag comes. 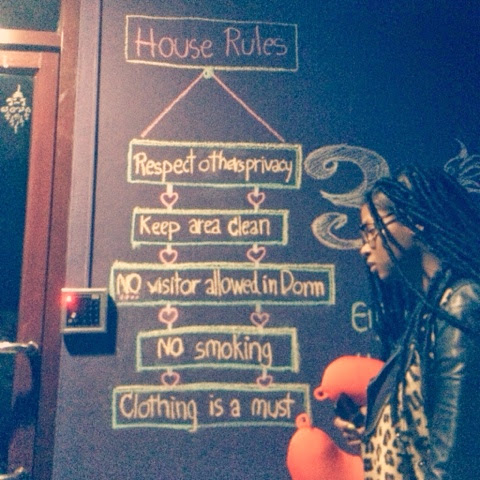 When we got to our hostel, we fell in love. This has to be the second best hostel we've ever stayed in. The first was the hostel we stayed in during our trip to Barcelona. 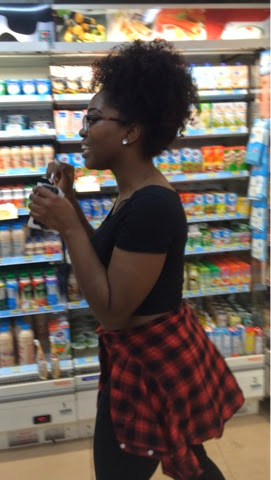 Even though it was almost 4am, we dropped our bags and went back outside in the 90 degree heat (the sun wasn't even out) to go to 7/11. 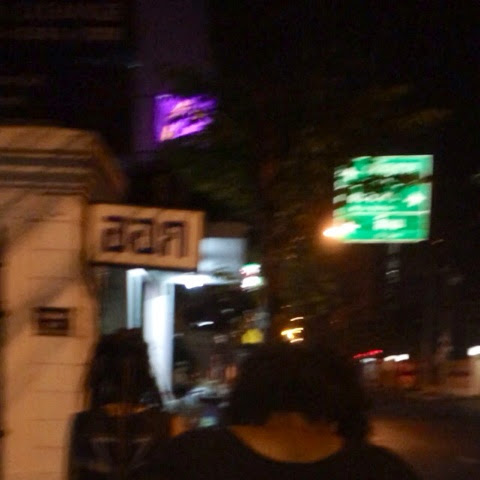 On our way there, we stopped at a street vendor. It's ill-advised to eat street food in foreign countries but it was 4am and we were hungry and that sh't smelled damn good honey! So we took the risk! 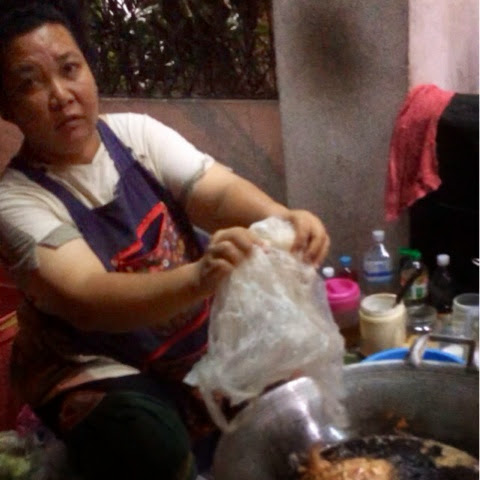 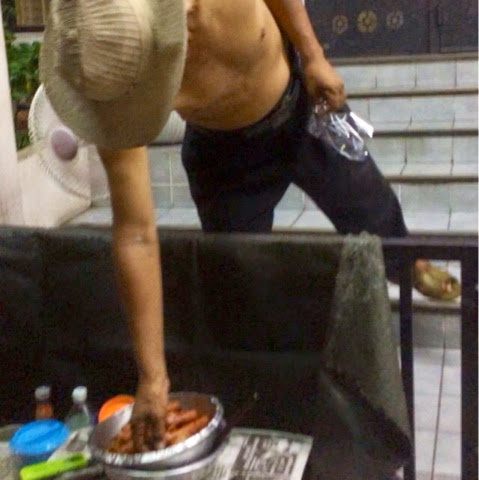 Got back to our hostel and didn't seem to have even one tired bone in our bodies! So we did what any other girls would do ..turned on some music and made up some dances.. Took the silliest pictures, like the one of us fake sleeping below.. and talked about everything we could think of! I can never get enough of it. I swear my friends and I have the most effortless fun! 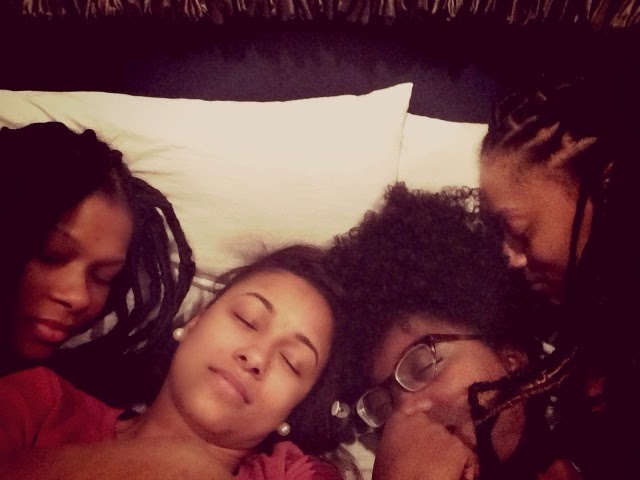 Okay ..so it's about 8am here now.. Everyone is sleep but I'm up writing and reflecting. Guess I'll go to bed ..we have to get back up in a few hours!

ps: Check out this crazy big snail Nikki just picked up! The video is on instagram! @valencia_valencia 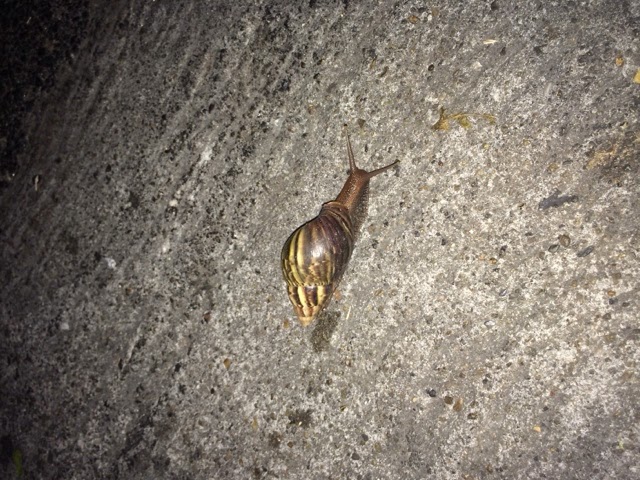