A Rose for Eric Garner 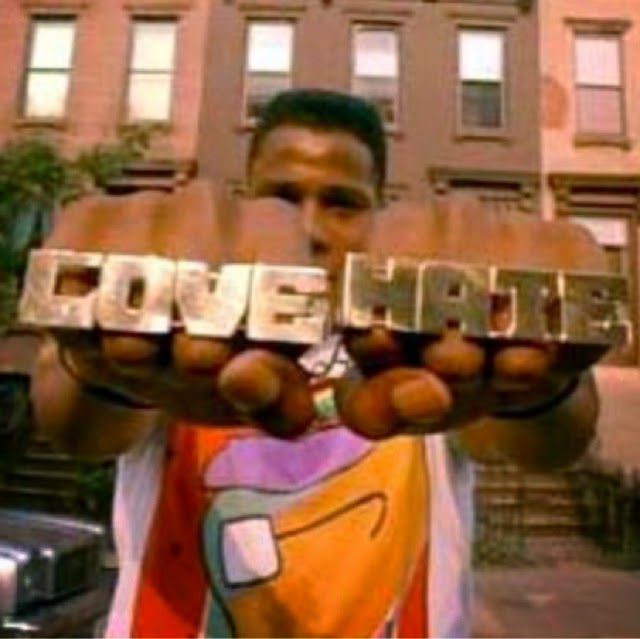 What happens to a bi-racial woman who is born to a bi-polar mother and deadbeat father? That's a great question right? Well, everyday I learn the answer to it ..and every other day, I ask the myself the same exact question again.. I think the answer is simply that I am crazy. Which is really code for: I am the most complicated woman on the face of this Earth. I think I need to re-read the Unquiet Mind novel again to understand this. I didn't read it with that question in mind last time. Funny how guiding questions are able to realign our perspective.

Looking at these pictures of red roses that I captured in Bushwick last Friday. Maybe it's because I took them in BK, that all I can think about is the late, Eric Garner. It's devastating to think about the fact that his death was literally just like the "fictional" death of Radio Raheem.

This morning, I woke up very early to finish editing the pictures from the spoken-word celebration that my PYNKs and I had in Highland Park on Sunday, when I got a text from Bae about Eric Garner... I had no idea that his question was about to alter the feng shui of my entire morning. To be honest, I didn't even know about Garner yet, so I told him that I was going to read about him.

I fervently zoomed through article after article, with a well's depth of tears... It was instantaneous how quickly I grew vexed and enraged.

"FכتK THE POLICE!" I protested! From the depths of my soul!!!

"I'm sorry bae, it's fכتked up and I don't know if there's anything we can do about it. It's the same sh't we've endured for decades, happening every week, just in different places."

Bae was angry too but still so collected. I was ready to fight the whole NYPD but he was so calm... And then I realized why I love him. He's the calm to my crazy. In this moment, I knew that he was sent here for me to learn from.

I couldn't even respond though. I put my phone down and opened my old black MacBook. Started googling more and more about Garner.. Found society's post-Civil War, white-on-black crime resolutions. There was Sharpton's usual, "We shall overcome" advocacy speech, Diallou's mother's testimonial, and then finally... the YouTube video footage....

"I can't breathe. . ." He continuosly gasped for air but managed to utter those three words, loud enough for the video to capture. My heart sunk into my belly as I cried...

I couldn't believe this wasn't all over social networks like Nikki's latest album cover. It's ridiculous what our people deem important these days.

I started thinking about Aunt Lorraine .. Because the other day she mentioned that her son, who was murdered in Harlem over 25 years ago, was going to be 47 if he was alive today. She just came out of no where. I looked around her room, then across to the room that used to be his, and I just felt bad. I wanted to change subjects, so I pulled out my journal and showed her the memoirs that I wrote during my trip to the South.

"I am proud of you for this. I always told you I wanted you to keep a journal. About the good and the bad. and there's going to be bad. That's life." Besides Carissa, since I was about 21, Aunt Lorraine had been the main one urging me to keep a diary of my daily experiences.

"Yes, when I was young. Not now. I write prayers now." She showed me a list of all of the people that she has been praying for.

"Well, where is your journal? I want to read it."

"That's in the archives." She laughed and so did I.

That conversation with Aunt Lorraine came to mind today as I thought back to history and how the method of violence that killed Garner has been slaying our people for decades. I thought about her journals. I wondered... Did she write about MLK's death? She was 20 years old, just moved to Harlem from North Carolina, and a new mother to her one and only son. I just wondered how that exact moment in history impacted her at the time.

It saddens me though.. history is really repeating itself.
...
Blood on the Leaves Change Gon Come Summer