The Heart of an American Father 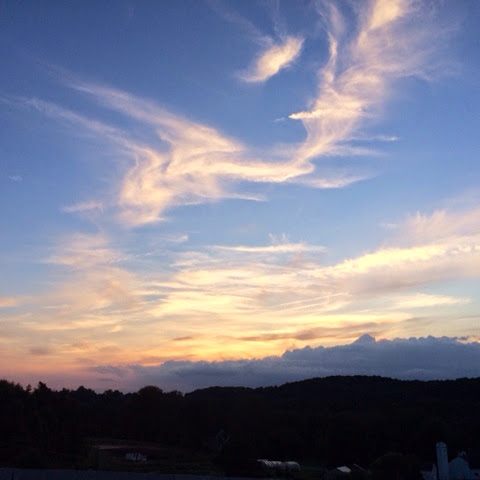 Just had an incredibly poignant conversation with a man from Buffalo about how his son, who was a sergeant in the service. Water filled his big, obsedian blue eyes as he told me the tragic story of his boy's recent passing in a motorcycle accident. It happened just last summer. I fought myself to hold back tears as he showed me pictures of his granddaughter, who is only 3 years old. He beamed about her spending a couple of weeks with him in August but his disposition grew rather sullen when he showed me the bike that his son was riding when the accident occured. I felt the deepest sorrow as I took a long gander over the very last picture in his Facebook album. It was just the two of them.. him and his son.. clothed in black leather from head to toe.. standing in front of their bikes. The caption read, "Just joined my dad's bike club!" There were over two dozen comments from his friends, both congratulating him and telling him happy 25th birthday. I handed the iPad back to the 68 year old man, who was completely deaf. He could not hear me and I had to read his inaudible lips. I never imagined being so touched by a person who was unable to put even the slightest of sounds behind their words. We talked for about an hour as we rode past the desolate, yet peacefully bleak farms of South Carolina. The young man across from us, ironically dressed in an army uniform, asked me if I was able to speak sign language. I said, "No, it's just easy to understand a person who speaks straight from their heart."