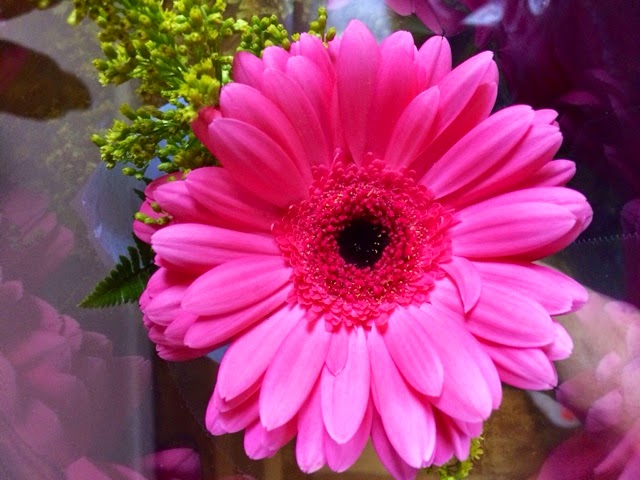 "I just love when I'm wit' you ..yeah this sh't is on ten.." That's exactly how I'm feeling. Drake hit the nail on the head.

I've been meaning to post chapters 3-5 of The Beginnings.. But I've been too busy living and loving.

I don't have time to go into details right now. I'm supposed to be getting dressed. We're having brunch in the park. Bae just got back from the store with pink African daisies in hand for me.

All I could do was smile like a little girl on Christmas morning when she sees the pink Barbie house she wanted under the tree.

And he's so patient. He's dressed and ready, waiting on me to finish writing. Not even saying a word as he reads bell hooks' "Visual Politics".

"Hmm.." He looked puzzled by the alert on his phone.

"Albert Einstien. My interpretation of it is that small-minded people who are either naive or ignorant use hate towards someone who has a great spirit because they don't know any better or they do know better but they choose to dislike that person."

"But I don't think he's just talking about physical violence when he uses the word violence. He's talking about negativity as a whole.."

"Exactly. The connotation of our words had so much more power in Einstein's day than they do now. Like the word great for instance. To describe someone as great back then suggested that they were very influential. So I feel like when he says great spirits, he's talking about very powerful thinkers.. real innovators and change makers. And he's right, they face opposition from naysayers who don't know how to solve anything without violence."