What Would You Title This? 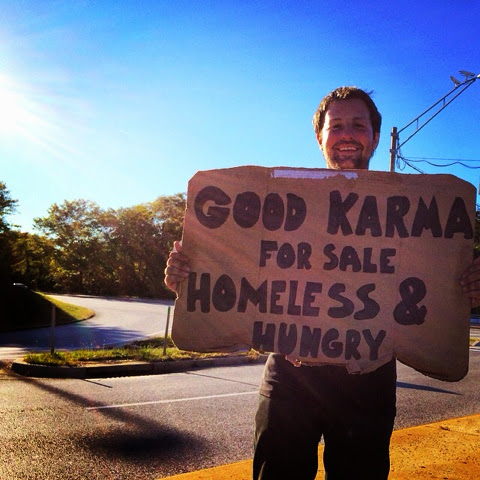 "Val, where are my Delia's jeans that I let you borrow when you were moving your things into Alyse's basement?" Nikki hit me on AIM.

"I left them in her living room by the chair. They should be in the corner." I texted back.

"Alyse? She got evicted. There are no jeans in her living room. There's nothing there. You didn't know that she got evicted last week?"

I put my sidekick down and picked up my pink razor phone, immediately calling Alyse to figure out what was going on. What Nikki was telling me had to have been a mistake.

"Ummm.... What about my things that I left in your house? Why didn't you call me? Don't they give you a 30 day notice when you get evicted? When I put my stuff there last week, you knew this was going to happen?" I was frantic. I'd just graduated from Morgan. My lease at Dutch Village was up and instead of me putting my things in storage, I left them in Alyse's basement for the Summer, and planned on picking them up when I returned to Baltimore to start my first year of teaching in the Fall.

"Why are you so mad at me? I was going to tell you." She had the nastiest attitude and treated my questions about my things as if they were irrelevant.

"Alyse! What the fכتk!? Where is my sh't?!!!" I lost total composure. It was the day after my twenty-second birthday, one of the worse birthdays ever. I had a dinner party at the Hudson River Cafe in Harlem. I RSVP'd for twelve of my closest friends... Only two showed up. It was embarrassing and heartbreaking. Now Alyse was only making things worse.

"Don't call me getting a attitude with me Valencia. I have your things. They in the basement. The man next door shares the basement with me, he died. They ain't gon' touch the things down there until his family comes."

"Are you serious?! You really see nothing wrong with not telling me this was going to happen. Why would you let me ... You know what?! Never mind. Forget you Alyse. I'll have someone get my things from you."

But that didn't happen. Since we all had just graduated from Morgan in May, everyone was either living back home or some where out of state for Summer break. Nikki tried to get a few of my things that Alyse put into her car but the majority of my things were in the basement. I drove my Civic down to Baltimore from New York, praying the entire time... Asking God to let my things still be exactly where I left them.

Three hours later, I was there. Standing on the other side of the white wooden door that led to the basement. It was locked. My cousin David and I counted to three and kicked the door open.

I walked in ...and there it was: nothing.

My furniture, gone.
My suitcases with my clothes, gone.
My shoes, gone.
My tv, gone.
My laptop, gone.
My box filled with photo albums from the time my mother was pregnant with me all the way up to my college days, love notes, journals, year books, and letters that my grand dad and godmother wrote me while I was in college, gone.

Everything I had in my name was stolen from me. It was like someone poured kerosene over my entire life and lit a match, setting all of my possessions on fire. I let my knees drop to the floor as each tear dropped from my eyes. For days, weeks, and months on end, I mourned and wallowed in depression. I lost everything and there was no way to get anything back.

For the past three days, I've been crying. I just broke down again as the give-away ended and the last girl left my house with three coats and a duffle-sized bag, filled with purses and accessories. A young man is coming to get my living room set tomorrow.. And I just can't stop crying. I am overwhelmingly blessed.

Thinking back on almost seven years ago when I lost everything I owned and how miraculous it is that I am here today, giving things away for free, makes me sing praises to the Most High, while simultaneously making me shed tears of joy. With no hesitation at all, I'm happily letting everything go.

Giving my things away was fulfilling but I didn't feel free until last night.... You see, it was only a couple of days ago that I called my best friend, Marika,  and told her how bittersweet it was to leave here - my first apartment and my sanctuary of peace. Moving out of my studio means that I have to renounce my solitary contentment, which I am terrified of doing.. and I have to leave my most proud pieces of art behind, my hand-drawn murals, because I can't take the walls with me. I was feeling very indecisive and a bit regretful about my decision.

"Nothing bitter about this move. It's all sweet. The best is yet to come.", she was as solace as she could be. Then she went on to reassure me that I could always recreate my murals at my next place.

But now, after a whole week of losing sleep over this, I don't want to recreate my murals. I finally realized that these murals are a direct reflection of who I was over the past seven years, NOT who I am about to become.

And I remember when I lost all of my things due to Alyse's eviction, which I still refer to as "the fire"... I racked my brain for months, trying to figure out why this happened to me? What did I do to deserve this? I was sure it was karma for all of the mischief I had gotten into as a teenager. I was a big thief. I would steal sneakers from Modell's, jeans from Joyce Leslie, and accessories from Claire's. I was a mess.. Was this the Universe's way of paying me back for my bad deeds? I took it as a lesson in sewing seeds. I may have gotten away with those things in my youth but they came back to haunt me years later, in the most heart-wrenching way.

However, now that I am older, and much more traveled and cultured than I was at 22, I see the spiritual world and karma differently. I still believe in the notion of planting seeds and harvesting what you planted during your due season but I don't necessarily believe that this was the only lesson that I was supposed to gather from losing all of my things. At 28, I believe more in the power of my own positive or negative thoughts than I do in the power of karma. Losing my things was not about God getting even with me. It was really a lesson on LETTING GO. I needed to learn how to RELEASE.

Releasing is not just a simple verb, it's a process. This could pertain to mentally releasing negative thoughts, not dwelling on past problems, or relinquishing your pride - to be vunerable and grow... Personally, I was very over-protective of my feelings and pride. I had to learn to just let go. The word "just" implies that it was simple. Well, it wasn't then and still isn't always easy for me but I'll say this, I'd rather put energy into the process of releasing than putting energy into holding on to things that add little to no value to my life. It makes me think of hoarding: the keeping of thoughts or objects... Thoughts or objects that either brought you pain or take up too much space! It might hurt to let go of things in the beginning but in the end, I find that it's liberating and allows for new blessings to manifest.

Last night, my boyfriend and I covered my murals with a fresh white semi-gloss paint. It was like erasing my past clean, giving myself a new canvas, and starting a new mural of life. I must say, I was glad to be doing it with him... It was symbolic of me starting my new chapter, with the man I love.

Shortly after we packed the uhaul up, we headed to my new place and Jhene Aiko's voice sang,
"I been through some sh't man
but I be on my sh't man..
I've decided that what you give
is what you're given..
So I'm just tryna' do it right.....
We're steady losing all control..
What a life that I've been given.."
Her soft voice spoke loudly to my soul. That stanza was the perfect melodic description of the closing of an excerpt of my life's story that started with me losing everything and ended with me gaining more than I ever had. As I sang the song and wiped more happy tears from my face, I saw a man standing right under the sun, holding a sign - a sign that I took as confirmation of what I learned about being purposeful in planting your seeds now for what's to come later.... Just like Marika said, "The best is yet to come.", as long as I remember to release and create space for the 'best' to live and grow.