His Side of Sunday

If I know what love is, its because of you...
Herman Hesse 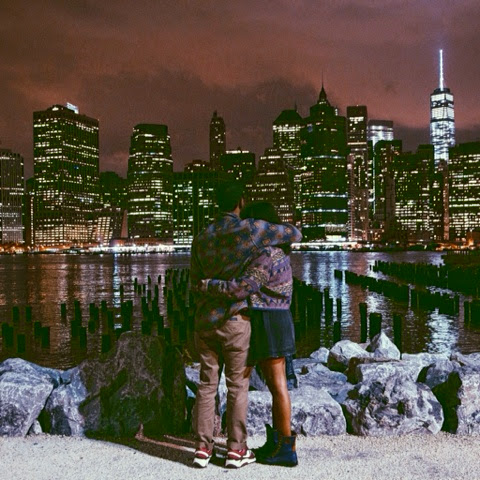 Less than 24 hours was the amount of time I spent with the woman I see myself sharing the rest of my life with. This weekend was different from any other we have spent together. Typically, she'd come to the city to stay the weekend with me or I would visit her for the weekend in Baltimore. After a long week without her, Friday would come and like clockwork once 5pm hit, I'd dashed from my midtown office and briskly walk 3 blocks to where the China bus would transport all passengers to Baltimore. 3 to 4 hours later, I'd arrive in that small, horribly lit parking lot across the street from McDonalds where Lil Bit would be waiting for me or where I'd have to sit and wait for her to pick me up. I hated when she wasn't there on time, awaiting my arrival. But whenever she was late she'd always kiss me and say how sorry she was. I couldn't stay mad for too long even if I wanted to. It was pointless. We only had a few days together each weekend so any quarrels or bits of resentment toward one another that may have seeded during the week were deemed unfit and unsuitable for our two and half days of bonding time. When ever she came to the city, the sentiments were identical. When we got together, the only concept on our minds was making each other happy. It seemed as though as soon as the weekend came, it was shortly lived and we both were headed back to our respective locations.

Though this most recent weekend, things were different. We both had obligations in the cities we reside in, which meant we more than likely weren't going to see one another. To my surprise after taking most of the weekend to unpack and get settled into her new apartment, Lil Bit decided to take a one-day trip to visit me in the city. I couldn't have been happier to see her smooth, beautiful brown skin, that was illuminated by the brightly lit ads and billboards of Madison Square Garden. I travel down there everyday, hustling through crowds of tourists as I head to work but at this time of night, it resembled a ghost town. It was just the two of us. The rush of excitement and joy that came over me as I grabbed her waist and held her close was exhilarating.

I had the entire day planned for us to have fun around the city but all she wanted to do was stay home and chill. We spent the whole day lounging around my apartment laughing, bonding, and sharing intimate moments like watching the only reality show we both enjoy, even though it makes us feel like we have no morals.

After we finally caught up with all of the episodes, we listened to one of our favorite songs, over and over again. As Persian Rugs played, I could feel the time passing fast. Her bus' departure was approaching by the minute. I made the mistake of reminding her that we would have to get ready to catch the A train soon and she became sad.  The distance that lies between us during the work week inflicted loneliness into her spirit. She laid her head on my chest and I began to smile internally, despite her sudden somberness. As her tears left temporary stains on my t-shirt, her vulnerability left a permanent mark on my heart. In this moment, her feelings were completely transparent. Not that I wasn't cognizant of how she felt about me prior to this moment but in that space in time, I knew that she loved me, wholeheartedly.

I told her, "Be strong mama, we're going to have productive weeks." I knew she could see through the optimism that I was trying to display for the both of us. I held her soft hand as we left my apartment, walked 4 avenues from the train station to the bus terminal, and stood in line behind about 40-60 people trying to catch the same 12:30 am bus to Baltimore.  Reluctantly, I watched my peace board the tall, lengthy, blue mega bus. I grew vexed as I thought about the mundane obstacles that I would have to face during the week without her being here to console me.

The walk back to the A train was breezy but I couldn't feel the wind. All I could feel was alone. I began to directly identify with the same rush of separation anxiety that she was experiencing when she laid her head on my chest. I knew that I needed her too and that the concept of love could never equate to my passion and fervor for this woman.
Love Letters