The Last Page of My Fall Journal

Correction: This Fall, I made things really hard for myself. 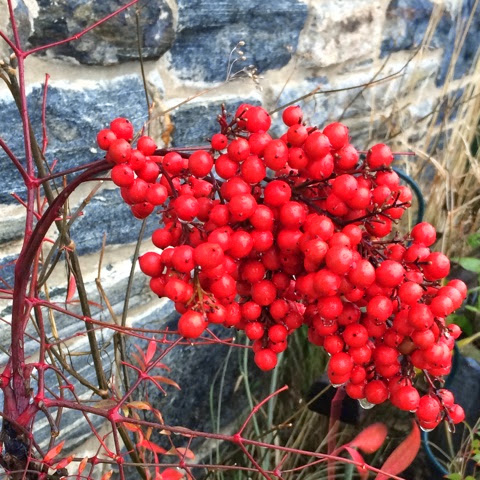 The Universe works in peculiar ways. I randomly bumped into my mentor at Starbucks yesterday as she worked on her dissertation proposal for her PhD. We talked for about an hour and right before we parted ways, she left me with a jewel of wisdom, "Experience is the type of teacher that gives us the test first and then delivers the lesson after." She was absolutely right.


As I re-read all of my post and journal entries from the past three months, I realized how much of my depression came from my lack of accountability for my actions. I wrote so much about other people's negative vibes and how they were rubbing off on me when in actuality, I was the cause of many of the ill-feelings that were being directed toward me.

I wrote things like, "Nothing that anyone else does is about us. We must not let someone else's anger bring us down. Energy is contagious. Protect yourself from the negative..", which is true but sometimes, it's not the other person. Sometimes, it may very well be you.

Truth be told, I can recall things that I have done over the course of the last few months that could've caused a person to feel "some type of way" about me.

The bottom line is that we attract what we put into the Universe. If I want better from others, I have to do better unto them, and do better for myself.

My writing reveals just how selfish, inconsistent, and in denial I was. But at the end of the day, the only person left hurting was me. I was the one crying at night and losing sleep over the bs. I was the one having mental break downs and getting physically sick. No one else was affected by my behavior but me. And it grew worse and worse. I felt myself losing control of my temper and began acting out of character. I was internally fighting myself, trying to keep it together, but it was too late, I was already too far gone and broken beyond repair. I wouldn't look in the mirror. I was too afraid of who I felt myself becoming. I began to run and hide under the notion that everyone around me was toxic and I needed to stay away from them. I ran so far that I got lost in my own despair. It was terrifying.

But I'm grateful for the ability to reflect like this. Identifying the root of my issues helps me to make sure that this won't happen again, simply because it doesn't have to be this way. If I do what I am supposed to do from the get-go, i/e: being honest, consistent, reliable, and humble, then I will give people less to be disappointed in me about and I will have less to be stressed about.

But as I write this, I find that there is beauty in my woefulness. My pain carried a merit that I almost didn't even recognize because I was so hellbent on dwelling on the dole that I was struggling with. The fact is: I needed to be broken. All of the stuff that brought me down was the result of my age old habit of procrastinating. The only way that I was ever going to stop doing this to myself was by feeling the pain that my propensity caused. Sad to say but I had to learn the hard way.

And it was hardddd. Letting go of old habits can be super strenuous on the soul, especially when you don't make time to allow yourself to reflect and learn. It hurt so bad and I felt so alone. But I wasn't alone. No one turned their backs on me, I turned my back on myself. Internally, I fought myself. All because I was afraid of growing up and facing reality. I had to get my sh't together.