The Similarities Between American Police Brutality & the Holocaust 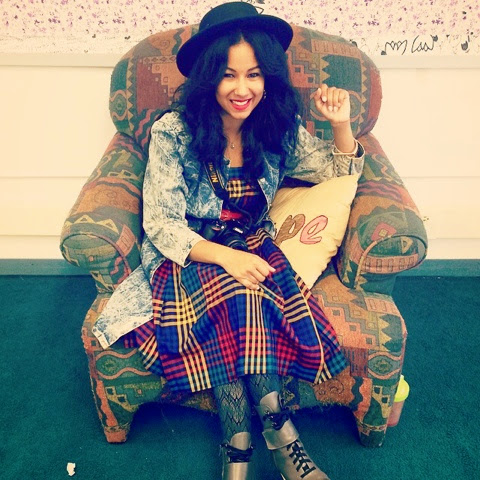 This trimester in Literacy, we have been working to answer the guiding question of: What is the responsible use of power? 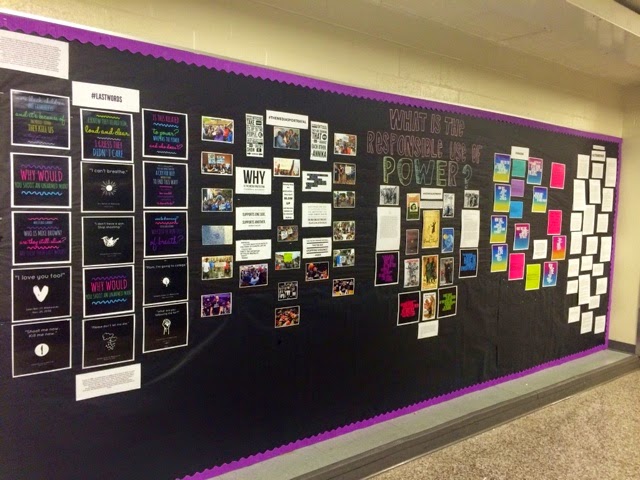 We began by investigating the abuse of power that has been perpetuated throughout our nation between authorities and civilians over the past few months. We then used a plethora of informational text to read, reflect, and make text connections between the Holocaust and the events that have occurred in Ferguson, Missouri. Each class participated in guided and independent reading groups using one or more historical fiction books such as The Diary of Anne Frank and The Book Thiefto further explore the role of authorities and civilians during World War II. We’ve had many debates and profound discussions. We closed the trimester by publishing our own book of monologues, written in the imaginative perspectives of different literary characters, victims of injustice, and the inner voices of various authorities. 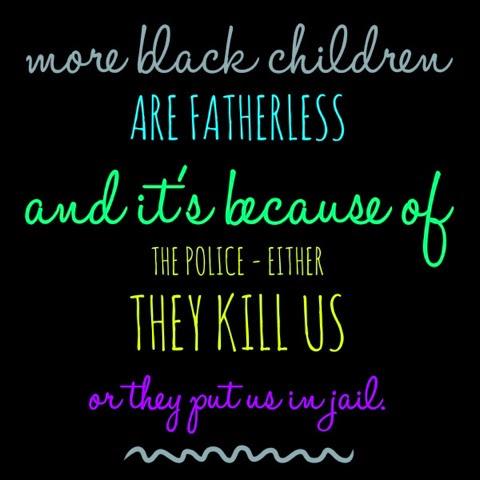 Back in September, before any of the verdicts for Ferguson or Garner were released, we participated in a gallery walk protocol in which we made inferences and predictions about the #LastWords of recent homicide victims. Many of these victims were black males whose murderers were police officers that were not indicted. These are a just few of the anonymously written “I Notice/ I Wonder” statements that we wrote on sticky notes.

We then began analyzing the media’s portrayal of the victims and the authorities. We explored how the bias of the media impacts the judgements of society.
We came to the conclusion that the current state of violence that is erupting between civilians and police is a direct result of the abuse of responsible power. This led us to go on a historical journey from 2014 all the way to 1939, Europe, World War II. We read a variety of leveled historical text from Night by Elie Wiesel and the Book Thief by Mark Zusak. As a class we enjoyed a month of reader’s theater as we acted out the Diary of Anne Frank play.
Once we had enough evidence to make connections between the misuse of power during WWII and the misuse of power in present day America, we were ready to start writing. We were able to choose from 5 different RAFTS, to write a letter in the voice of a literary character, a victim from one of the recent cases of police brutality, and/or an item from one of the Ferguson riots.
Finally, we used what we learned about the theater to transform our letters into monologues. We will be performing these monologues during our Art and Literacy show in January!
Classroom Chronicles