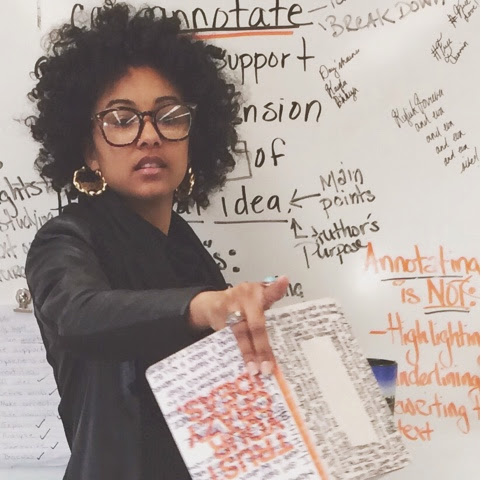 Im supposed to be getting ready for the coat drive but I'm sitting in Bae's window, facing the icy George Washington Bridge, reading and gathering notes for my critical stance paper. It's due tonight by midnight. I was secretly hoping that the snow would postpone the coat drive. I've become a bit obsessed with reading and writing this paper, to the point where it's all I want to do, until I have it perfected. But the Universe didn't see it fit for the drive to be cancelled. And I can't say I'm upset. According to the Coalitionforthehomeless.org, "Levels of homelessness reached to more than 53,000 New Yorkers and 22,000 children", last year alone. The city needs these coats. The city needs to know that we care.

Poverty is really at an all time high in so many facets of life right now. Educational poverty has been my main concern as of late. So much of the readings that I have completed with my research fellowship have been based on the poverty of the oppressed people of urban America.

In the midst of all of my reading, I am most enlightened by an article titled, "It Should Just Be Education" in volume 4 of the International Journal of Critical Pedagogy. Instead of reading with anger and blame, I am reading with hope. This article is allowing me to rediscover my passion as an educator of literacy.

Three researchers did a study on a few Californian teachers who traveled with their students to New Orleans to present at the Annual Meeting of the American Educational Research Association. The teachers used the time in their literacy classes to prepare the students to present their findings on the need for change in their classrooms and in their personal lives. I am absolutely moved by this work and inspired in more ways than one.

I want to do this with my students as well. I want to teach culturally relevant lessons that push my students to become advocates for issues that they deem crutial enough to take a stance against. I want to take my students on service-learning trips across the world and travel with them to conferences where they can present their research in front of an authentic audience. I want to curate a new generation of young intellectuals.

Connecting present-day events to historical literature, whether fiction or nonfiction to spark interest and awareness among my students has always been my favorite part of molding minds. I strongly believe that urban youth, growing up in underprivileged  environments, need to know about who they are and where they came from in order for them to become model citizens that make major impacts on the community. But I remember a couple of years back, a white student told me that his father was questioning the amount of "black stuff" I was teaching. He said his father said, "You teach us about this so much because its all you know." I was very offended. Even with all of my degrees and accolades, in this parent's opinion, my belief in the need to expose the youth to such vital and often misinterpreted/ misrepresented aspects of history was not because it was important enough for them to learn about but because it was all I {their young black teacher} knew. I was infuriated at such an ignorant  accusation and indignant at the way he facilely passed the torch of bigotry down to his son. But instead of standing strong on my beliefs and subverting against him, I grew insecure. Maybe I believed his father. Maybe that was all I really knew. So I cowered away from wanting to empower my students through the exposure of their history as a people and began to try implementing more Eurocentric pieces of text, while keeping my lectures on being black in America to myself. That didn't last long though. It wasn't natural and I found myself back in front of my students, showing them movies like "Do the Right Thing" and assigning homework assignments that prompted them to find out as much as they could about Eric Garner. I had to. And now I finally realize why. It's because what my student's father said was right. "Black" culture is what I know. It is not "all" I know but it is a subject that I am well versed in because of my own personal experiences, an extensive knowledge of my people's history, and my crescive intelligence level.

As I write this, I feel like a veil is being lifted, I am at the forefront of a newfound vision of my purpose in the classroom. I finally realize that critical pedagogy cannot just live in scholarly journals, it has to be brought to life in urban schools as well. Empowering my students with self-actualization is my passion and my purpose but I cannot stop there. I have to coach other teachers and show them that no matter what race and class structure they come from; this can be done in their classrooms as well. Focus must be diverted from ones race as a teacher and directed toward ones actions. As educators of such disenfranchised children, we all have a responsibility to do this work and do it well.
This work begins with 3 steps. First, one must have a keen understanding of who their students are, not just as African Americans or urban youth (although that does play a huge role) but also as individuals. The next step is to face the realities of the purpose of educating African American children in this country. After facing the reality, a decision must be made by educators about whether they will reconstruct our systems or reinforce them. If the first two steps are taken, then the last one will come naturally. Educators must be reflective on who they are, the role they play in their students’ lives, and what else they need to do to continue to close the achievement gap among their students.

Now begins my journey. I am going to have to re-construct my pedagogical skills and build upon my theoretical knowledge-base so that I can be effective enough to give other educators the tools to empower their selves and students in the same way.
Classroom Chronicles Just Getting Started Rough Draft