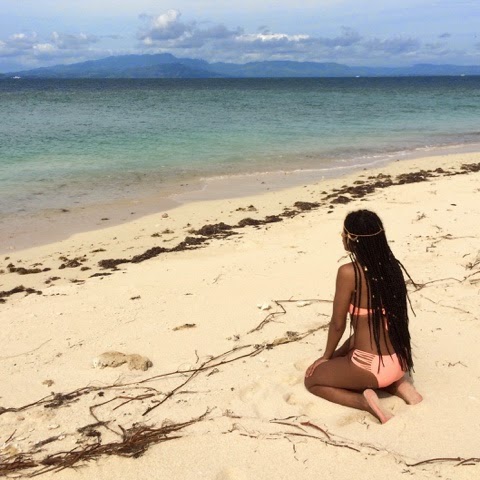 We climbed down from the sail boat to get in the canoe. They gave us the option to jump into the water and swim to the shore but I knew we would be flying out a few hours later and I didn't want to have a head full of wet, heavy braids on the plane.

"What... Why.. Why you wear that jewel? On your head...What it mean?" He stuttered a bit as he tried his best to use correct American-English to speak.

"It's a tikka..." Shelly responded before I could begin to answer. I was looking at his arms. His muscles bulged through his caramelized skin as he steered.

"Tee-kaah...", he pronounced the word as carefully as he could in his indigenous Fijian accent.

"It's like royalty. I wear it because I am a queen. We're all queens." I motioned my hands to show that I was including the girls in my declaration.

"Queens! And you are the Queen of Queens!" He laughed, letting his gold tooth shimmer from the reflection of the sun on the ripples of the galloping waves.

"Yes! I guess you can say that..." I smiled and looked out at the marshmallow clouds that hovered over the picturesque layers of mountains.

Day 8 Fiji To Be Continued