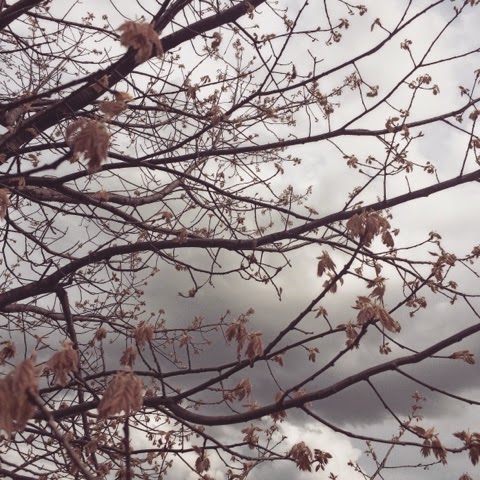 The Lord spoke to Job out of a storm. He said, "Who do you think you are to disagree with my plans? You do not know what you are talking about. Get ready to stand up for yourself. I will ask you some questions. Then I want you to answer me. "Where were you when I laid the earth's foundation? Tell me, if you know. Who measured it? I am sure you know! Who stretched a measuring line across it? What was it built on? Who laid its most important stone? When it happened, the morning stars sang together. All of the angels shouted with joy. "Who created the ocean? Who caused it to be born? I put clouds over it as if they were its clothes. I wrapped it in thick darkness. I set limits for it. I put its doors and metal bars in place. I said, 'You can come this far. But you can't come any farther. Here is where your proud waves have to stop.' "Job, have you ever commanded the morning to come? Have you ever shown the sun where to rise? The daylight takes the earth by its edges as if it were a blanket. Then it shakes sinful people out of it. The earth takes shape like clay under a seal. Its features stand out like the different parts of your clothes. Sinners would rather have darkness than light. When the light comes, their power is broken. "Have you traveled to the springs at the bottom of the ocean? Have you walked in its deepest parts? Have the gates of death been shown to you? Have you seen the gates of darkness? Do you understand how big the earth is? Tell me, if you know all of those things. "Where does light come from? And where does darkness live? Can you take them to their places? Do you know the paths to their houses? I am sure you know! After all, you were already born! You have lived so many years! "Have you entered the places where the snow is kept? Have you seen the storerooms for the hail? I store up snow and hail for times of trouble. I keep them for days of war and battle. Where does lightning come from? Where do the east winds that blow across the earth live? Who tells the rain where it should fall? Who makes paths for the thunderstorms? They bring water to places where no one lives. They water deserts that do not have anyone in them. They satisfy the needs of dry and empty lands. They make grass start growing there. Does the rain have a father? Who is the father of the drops of dew? Does the ice have a mother? Who is the mother of the frost from the heavens? The waters become as hard as stone. The surface of the ocean freezes over. "Can you tie up the beautiful Pleiades? Can you untie the ropes that hold Orion together? Can you bring out all of the stars in their seasons? Can you lead out the Big Dipper and the Little Dipper? Do you know the laws that govern the heavens? Can you rule over the earth the way I do? "Can you give orders to the clouds? Can you make them pour rain down on you? Do you send the lightning bolts on their way? Do they report to you, 'Here we are'? Who put wisdom in people's hearts? Who gave understanding to their minds? Who is wise enough to count the clouds? Who can tip over the water jars of the heavens? I tip them over when the ground becomes hard. I do it when the dirt sticks together. "Do you hunt for food for mother lions? Do you satisfy the hunger of their cubs? Some of them lie low in their dens. Others lie waiting in the bushes. Who provides food for ravens when their babies cry out to me? They wander around because they do not have anything to eat.
Meditate Reflect The Spirit is Always in Control