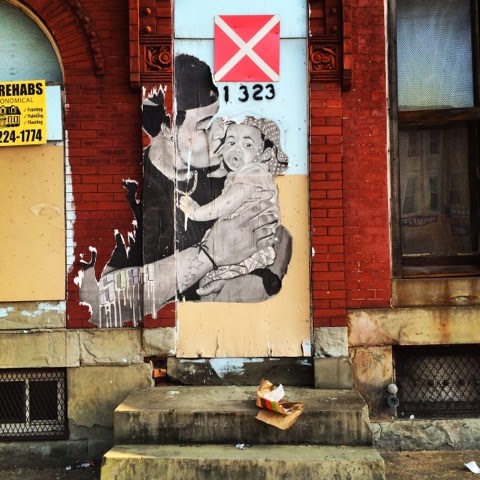 Emily dropped me off on the corner of Carey and Franklin. Everyone always looks at me like I'm crazy for walking home instead of taking the bus. Em even offered me $5 but I wouldn't take it.

I passed countless boarded vacants and ally ways filled with dandelions and trash. I got up to the corner of Carey and Riggs when a caramel faced boy on a shiny burgundy-red bike passed me, before doing a serious double take. I stopped in my tracks and smiled at him.

"Ms. Clay!" His face still in shock as he made a u-turn to get closer to me.

"Hi Ahmaud..." I laughed as he pulled up, still in disbelief that it was me. "What are you doing over here?!"

"This is Sandtown, Ms. Clay!" He opened his arms as if to welcome me with all of the pride that his 13 year old self possessed. "This is my hood!"

We both looked up the road.

"This is where all the chaos happened."

And with that, his tour seemed to end. He didn't have anything else to show me. I looked around, as he talked about why he didn't go on the canoeing trip with the rest of the 7th grade boys today, and I tried to imagine how it must've looked like a war zone in the exact spot that I was standing in last week. I pictured those big ugly national guard trucks on every corner of that neighborhood and remembered how Ahmaud was one of the students that said he felt safe throughout every thing last week. He wasn't worried about anyone doing anything to harm him because in his words, "everybody 'round there know me!", and therefore, no one was going to do anything to mess with his peace.

"You coming to school tomorrow?"

"Yea. You walking all the way home?"

"I know but I love walking. I walk home a lot but you never see me because I always go a different way. I like discovering. Its relaxing after a long day."

"Okay Ms. Clay.. I'll see you tomorrow. Please be safe." The word "safe" was filled with a deep sincerity.

"I will baby boy. See you tomorrow." 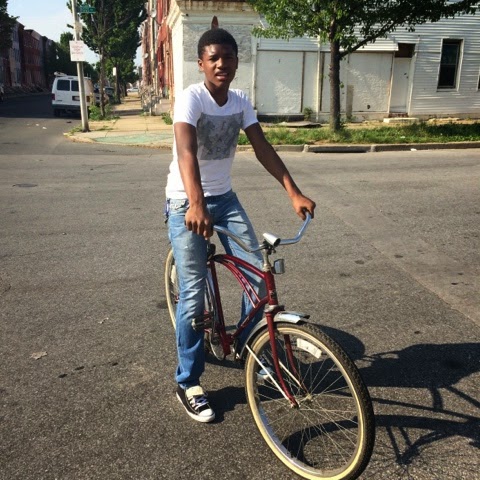 I continued up Carey until I got to Gold. Then I turned onto Pennsylvania. Before I knew it, I was on Penn and North.

I looked around and took it all in before walking up North to head home. I must've looked lost because a well built teenaged boy, that easily could have been one of my students, walked right over to me, touched my elbow, and asked, "You okay Miss?"

"You just looked kinda' lost or something. I just want to make sure you're okay."

"I'm heading home. I'm not lost at all but thank you, King."

His beautiful Black face frowned into a ball of confusion under his snap back after hearing me refer to him as King. I could tell he had never been called by such a name before. The feeling was probably almost as foreign as French. He walked ahead of me and entered the Islamic center.

As I stood across from the infamous CVS that has been the most prevalent insignia of Baltimore's recent turn of events, my nose was overwhelmed with the smell of the loudest grass and strongest incense. An old man walked by me with an open dutch in his hand, licking it carefully to conceal its contents. There were store fronts filled with the most random yet convenient items. I mean, I could've gotten anything from power tools to some knock off designer bags. I read a hashtag that was spray painted in bloodshed red on the side of a building that said #onebaltimore. An old white hippie looking man was strumming his pain on his guitar but the melody of the ice cream truck that sat right in front of the ash-covered CVS was obscuring his tune. High schoolers created a confluence with the truck, buying cones and rapping Lil' Moose lyrics. Seemed as if nothing had ever happened last week. I even questioned myself.. Did anything actually happen here?