May 05, 2015
"I am a teacher because I am in love with the process of growth. My personal growth, the growth of my students, and the growth of the world around us." , is what I told PBS today for their
Teacher Appreciation Day
article.
On a day like today, I truly lived those words. 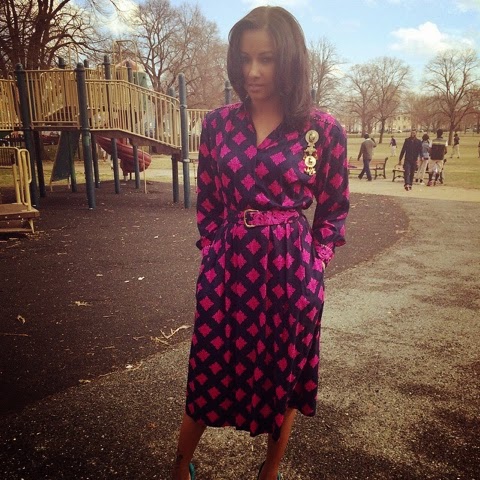 cutting people off is not normal. but i always thought it was. and regretfully, ive been known to do it to anyone with no problem.. not even a second thought. im starting to realize exactly where i get it from. i don’t want to get too deep into it right now but the women in my family can be very small-minded when it comes to disagreements. and its always been this way and i always accepted it because i thought their measures were normal. I thought that's how everyone dealt with anger, frustration, and differences. haven’t spoken to anyone in new york since i got back from australia … didnt even call me to check in on me throughout the riot last week, not even once. thats not normal. last night, i was feeling super torn between moving to new york to teach uptown or staying in baltimore next year, so decided to call them and ask them about what they think i should do. slamming the phone down in my ear because i ended up calling them out for not checking on my well being is not normal… they are still angry, holding a childish grudge with me, because i spoke out about how they treated my mother the last time i was with them. i advocated for her and they shunned me for it… now here we are, two months later and they are still giving me the silent treatment.. what sucks is the reality that none of this is new. ive been getting this type of treatment from the elders in my family since i was a child. its bitter and petty and ignorant and far from normal.

in therapy, i am learning more about forgiveness.. i have always been one to forgive but i have also been one to make a person feel as small and insignificant as my family has made me feel... it's like, yes - i forgive you but first, i need you to make you hurt as much as you made me hurt. i can admit to having this mentality toward old boyfriends and even my own mother … but today, i was regretful to find out that i have also been like this towards my beloved students when they do things "wrong" or disappointing.

my 8th graders are preparing to transition to high school and before they can leave, they have to complete a portfolio and present in front of a panel of school stakeholders. they have to write 3-paragraph reflections for all of their classes, explaining what they have learned in that class over the last 3 years and what they will take with them into high school. i read my students' reflections today and i had to do some serious reflecting of my own. they talked about how they have had my class for the last 3 years and how much they’ve grown because of our work. reading that was all well and good - really made my heart smile … but what pierced me to the core was the writing of my students who talked about how hard i was on them, how sometimes my choice of words for verbal feedback during oral presentations was really “scary” … one of my girls even went so far as to call my criticism “monstrous”.. (talk about using descriptive language!) but there was one reflection in particular that made me feel like the worse teacher in the world. one of my boys wrote about how i helped build his confidence for the first two and half years of middle school but about a month ago, i told him that his performance was, “boring” in front of the whole class. now don’t get me wrong, it was really boring, and all of his peers agreed but after reading about how i basically shot all of his confidence down, there was no denying the fact that i was wrong and i will never be able to reverse my poor choice of words. it's too late to take it back. even if he doesn’t remember my words, he’ll never forget how he felt. he went on to write that he just wanted to make me proud.. he went home and practiced and practiced until it was time for him to perform again. he said the way that the class and i praised him for his perseverance and growth made him feel so much better. “i redeemed myself and regained my confidence. i will always appreciate this experience. i know it will help me be prepared to speak in front of my classes in high school."

im glad he regained his self-assurance but what would have happened if he didnt?

how could i not see that my students value my opinion of their work so heavily? how could i be so reckless with my feedback. how could i teach them about accountable talk but speak to them with such carelessness? at the end of the period, i pulled them into a closing circle where i flat out apologized for being too hard on them. “i never meant to hurt you in any way. i just want you to live up to the potential that i see in all of you. nothing i ever said was to kill your self-esteem, i just wanted to bring out the best in you.” all of them, including the students who wrote about the way i made them feel, told me that they know i have high expectations and that my sternness was what made them want do their very best but i still felt like i had to be real with them.

"tough love was what my grandmother called it. she called me every name in the book from a “little light skinned H” to a “high yella’ B” …" my eyes were watering as i explained this. "look at me, her words still affect me as a grown woman. i remember her apologizing when i got older.. she said, 'i didnt want you to be stuck on yourself and i wanted you to have thick skin, so if someone in the streets called you names you would be used to it. and it won’t make you no difference.' she was right, i wasn’t stuck on myself as result of her bantering - i was the exact opposite. i had low self-esteem and hardly believed in myself for years. she clearly didnt know the difference between confidence and conceit. and i didn't learn until i became an adult.. but she was also wrong about how i resilient i would be when people called me out of my name in the streets. instead of me being numb to other people's words and perceptions of me, i was overly-defensive and always had a rebuttal, just to prove myself - took me years to break out of that. im sorry y'all. i hate the fact that i have done the same verbal abusing to y’all that was done to me. i was never as extreme but still .. i hurt you and i know my apology won’t change how any of you felt but i hope you will remember this, if nothing else: don’t ever let anyone steal your confidence, not even me."

i don’t want my students to be scarred by me. this was a tough conversation to have.. apologizing to children is never easy .. but i am so grateful for their honesty … and i am especially proud that they were brave enough to be so transparent enough to do it in their writing (i wonder where they got that from) .. it was hard reading their words today but i needed to hear and feel each of them in order to grow, professionally, and personally … i told them, “you helped me to see things in myself that are unacceptable. your words are more powerful than you think.”  as soon as i said those last 7 words, i directed them right back to myself. it took this moment for me to understand the impact of my words. they have so much power and i need to be way more mindful and purposeful from now on with the way i use them. contrary to what i was raised to believe, it is never necessary to hurt someone in order to teach them. one does not have to bring someone down, just to build them back up.

my attitude toward my students was never intentional. i teach with my whole heart ... but what i learned today is that a person's habits don't just turn on and turn off for different settings. i never took the time to work on how condescending i can be toward people in the real world, so this trait naturally followed me from my childhood, into my adulthood, and straight into my classroom. i can no longer allow this behavior to transcend.

i am grateful for the life-long lesson my students inadvertently taught me today. in order to be a teacher or work with the youth at all, you have to be ready to learn more about yourself than you will ever teach them. today was growth. today is why i teach.