July 22, 2015
“The biggest preachers don’t have as many followers as the most popular rappers… Our people want better and they’ll do better if they’re shown better.”
- Minister Louis Farrakhan 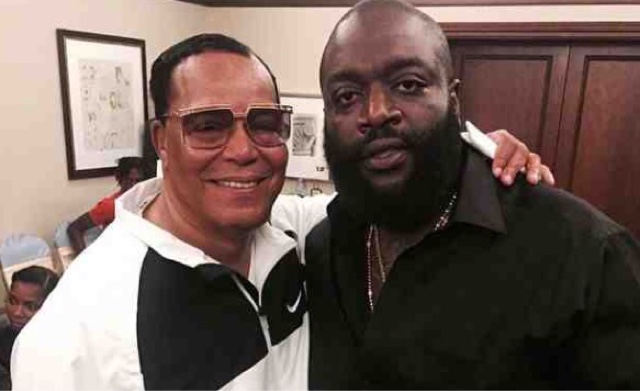 Available offline Spotify playlists: The greatest invention for frequent fliers since power jacks were added to every seat on the plane. Still a couple of hours away from landing in LA and have been listening to everything from Coltraine’s “Long Hot Summer” to Jimmy Hendrix’ “Voodoo Child”. But as I listen to Jay and Jeezy rapping about the “dope game” and “coke game” on their track, “Seen it All”, I am compelled to think back to the Breakfast Club’s interview with Minister Louis Farrakhan.

During the interview, Farrakhan confirmed a conspiracy theory that I heard a few months ago from a family member that has been involved in the music industry for over thirty years. According to Farrakhan, “They brought drugs into America. Crack cocaine was developed. Anytime Black people become conscious, drugs are entered into the equation because the church can’t hold young people no more. Education can’t hold them anymore so lets make them drug addicts and then now [give them] biological and chemical weapons…

“There was a meeting in Los Angeles with some very powerful men. And they were meeting, according to what I heard, with record executives. These men that were meeting were now the owners of private prisons. Its like when you build a hotel, you’re looking for occupancy, so you’re not going to build a thousand bed hotel if you don’t think you can attract a thousand people, every week or everyday to stay in your hotel. So they’re building private prisons now and these men wanted the music executives to turn the rap of men like KRS-1, Big Daddy Kane, Public Enemy, those conscious lyrics, they wanted to change it to gangsta rap. This didn’t happen accidentally! They allowed that to develop, promoted beefs, so then we start shooting each other. We end up where? In prison. We serve a felony. When you’re in prison, who do you work for? Because the 13th Amendment says that we are free if we don’t get into trouble but if we are arrested and found guilty of a crime, our citizenship goes out the window – that’s in the 13th Amendment! So now here we are working in prison… making money for corporate interests that pay money to the prison man that owns the prison and when we come out of prison, there’s no work for us. That’s forcing us into behavior that they can say, we’re criminal. We’re NOT the criminal! The criminals are the ones that create the conditions that turn us into less than what we could be.”

I realize this interview took place in June but this conspiracy is said to have started almost thirty years ago. How much of this is new news for the listeners of the Breakfast Club and the creatives in the industry? I wonder. And is this something moguls such as Jay-Z are fully aware of? So many of my favorite rappers’ most credible and classic albums are based on hustling but on the flipside, in many of their songs, as well as songs composed by their label mates, they speak about the downsides, dangers, and racial ploys that directly correlate with living the street life. Lyrics like Kanye’s, “Drug dealer buy Jordans, crack-head buy crack, and the white man get paid off of all of that”, are closely aligned with the words of race and class theorists such as bell hooks.

For instance, in “Where We Stand”, hooks writes, “Since addiction is not about relatedness, they destroy the affectional bonds that once mediated hardships of poverty and lack. Contemporary street drug enterprises sanctioned by the government (if they were not, law enforcement would rid our streets of drugs perhaps using some of the millions that go to support the military industrial complex) have done more to promote and perpetuate a culture of greed among the poor than even the propagandistic mass media, which encourages endless consumption. Drug trafficking is the only economic enterprise that enables a poor person to drive the same cars and wear the same clothes as the rich. Of course, unlike the legitimized beneficiaries of greedy capitalism, these profiteers lack the power to influence government spending or public policy. They function only as a fascist force that brings violence and devastation into what were once stable communities. They do the work of exploitation and genocide for the white supremacist capitalist patriarchal ruling class … they devastate and destabilize. This is class warfare. Yet the media deflects attention away from class politics and focuses instead on drug culture and youth violence as if no connection exists between this capitalist exploitation and the imperialist economies that are wreaking havoc on the planet.”

The connections between Kanye's line and hooks' essay support the notion that this conspiracy was created to pervert the positive messages and feel good vibes of Black music into a self-destructive platform which manufactures an avariciousness that only benefits the wealthy shareholders of the penal system.

I continue to listen to the Spotify playlist and I hear one of Def Jam’s newest artists, Lil Durk, who like Kanye, is from Chicago, which has had 57 homicides in July of this year alone. "You don’t know how hunger feel", he says. "Dreamin ‘bout a hunnit mil/ Step on that curb wit’ a hunnit pills/ Western Union money to my bro and them, in the cell doing 20 years…”

And I can’t even finish the song. I sit back, turn my music off and notice how the wing of the plane cuts through the thick white clouds, wondering: Is it a coincidence that the lyrics and lifestyles of our generation’s most influential culture curators continues to increase the prosperity of our nation’s most corrupt institution – the privatized prisons? Are rappers obliviously or purposely glorifying the drug game, despite their own first hand knowledge of how harmful is it to our people... their people? Do they, themselves, have personal financial investments in the prison industry? Is the ‘trap or die’ music era eternal or will the conscious-minded artists one day prevail? Will we as a people ever reject, protest, and ban lyrics that cultivate a spirit of greed that cannot be subdued without participating in illegal activities? Will the vast majority of the youth of our country’s most resource-depleted urban areas ever understand that becoming educated is the most effective method of quelling the hunger pains of poverty and obtaining financial freedom?