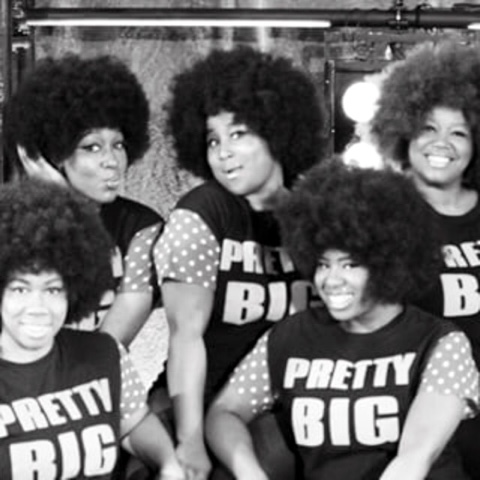 I never watch television. I don't even own one. But tonight, I was at my aunt’s house and she was watching “America’s Got Talent”. We were both excited when we saw your group and found ourselves rooting for you throughout the show. When it was announced that your group would not be moving to the next level of the competition, the disappointment that filled that room could have been felt by everyone in that old building in the Washington Height’s section of New York.

I believed Mel B. when she said she would fight for you. I was in total agreement with her statement that we need you. But unfortunately, my sentiments from the other side of the television screen were not enough to save you.

I was upset to see you go. I felt your pain when I saw you cry. But I want you to know, your pain was not the only thing that I felt. I felt your impact on the women across the world. I felt your confidence and determination to show other women, black, brown, white, big, small, light, dark, straight, queer, highly-educated, or high school drop out, that they could do anything that they put their minds to, despite any one’s opinion.

The judges claimed that your routine wasn’t good enough that night and while that can be argued in one way or another, it is very important to me that you understand that what you represent is much more relevant, necessary, and urgent than a dance routine on a TV show.

As a young black woman who has been teaching in urban middle schools for the last 8 years, I see how much the outer appearance of young girls impacts the decisions that they make. Social networks don’t help in making a girl feel like she is not good enough because through those networks, she is constantly being reminded of her worth based on the number of followers and likes she accrues.

For the sake of this young generation, I am asking that you be an example of how irrelevant the likes, followers, and votes do not matter. Show the world what John Maxwell meant when he wrote, "Some people lose, some people learn."

Keep dancing. Keep promoting the fact that true beauty is measured by your ability to prevail through rejection. Keep leading the pretty big movement for us all.