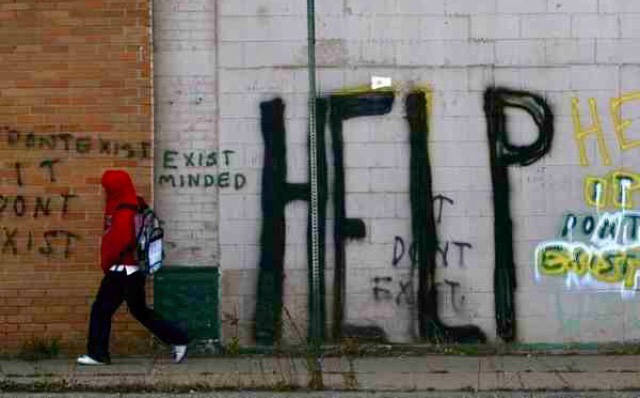 “Black women are the most educated in the nation when it comes to college degrees.” He was right

The rain poured down on the city as my mentor, Jose Vilson, and I we talked over our arroz con pollo and arroz con pescado in the Dominican-owned, Malecon Diner, on Broadway and 178th. After wrapping up our meeting, in which we discussed all things education, we started talking about other “current issues”.

“But we don’t see that in the media… We see Nicki Minaj.”

“Nicki Minaj is a very intelligent person…” Jose was clearly a fan. “…and I’m always curious… I get the hustle – there are a lot of women that say, ‘I did this because I wanted to get money.’ I recognize that. And I think her sexuality shows how intelligent she is – she knows what she’s doing. Even through her lyrics, you can kind of tell that there’s something up there…”, he pointed to his temple. “… that’s working.

“Having said that, I think there are so many phases between the way we are shown black women and their sexuality and unfortunately, Nicki is there, the ladies of Love and Hip Hop, Basketball Wives…  but she’s probably one of the best lyricists we have out… Better than her boyfriend, better than Drake, almost as good as a Kendrick Lamar. But for the record, I’m Team-Drake!”

“I don’t even know why they’re beefing. I just know Drake is a better rapper.”

“You wanna’ know why they’re beefing? It’s because Drake and Nikki have always been seen as an item. There’s always been some sort of tension there. It seems like Drake and Nicki look very happy together when they’re like, pretending to be... you know... And then they both said something on “Only”, the Chris Brown joint… and it made people go, ‘Hmmmmm…?’ Meek looks at it like, ‘I wasn’t ‘part of that but now that I am, all that needs to be squashed.’ Meek gets on Twitter and Drakes like, ‘OK, you’re going to Twitter? Well, I’m going to get in the booth.’ He lays a little something and Meek said, ‘Nah… That was ‘aight – that wasn’t that good… Until “Back to Back” comes out and Drake not only hurts him but he hurts Philly. If you see the cover of “Back to Back”, it’s actually Joe Clark in the world series – which gave Toronto back to back series titles and they beat Philadelphia on the second one! The subs!”

“And by the way, Charlemagne playing it on repeat was funny because not only does Drake name drop him in the song, he sends bottles to the Breakfast Club and says, ‘I’m a man of my word. Thank you for backing me up.’”

“Drake don’t play fair!!! What did Meek say on Twitter to start this?”

“He said that Drake has ghostwriters. And he said that his ghostwriter is Quentin Miller and when you look up Quentin Miller you can see that they have a similar flow. Then, Funk Master Flex gets involved because he’s like, “I have the reference records that Drake used. Reference records are the original versions of songs written. All Drake has to do is follow the song as he records it. Flex had people waiting all night for Meek to send over a diss record. He kept saying, ‘My man Meek is going to come with that heat!’

“Meek should just apologize.” Troy was serious but of course it made me laugh.

“Is this a distraction? The world, specifically the young Black world, spent the last couple of days awaiting a response to a rap battle instead of planning a mass response to Samuel DuBois. Why is it that this nonsense gets more attention than the killings of our men?”

I began to question Troy, even though I knew that neither one of us truly had the answers. Is this rap battle a distraction? Is this a ploy to make us ignore the real issues that are going on amongst our people? How do rappers with such a powerful influence have the time to argue with one another when their own brothers are being murdered on camera?

In a recent radio interview, 50 Cent was asked about his take on the beef and his opinions regarding the use of ghostwriters.  His response was simple, “Does it even mean anything?” If I could answer his question, the answer would be NO it does not MATTER! Especially not at a time when we as are being ridiculed for supporting movements such as Black Lives MATTER!

Farrakhan said to Charlemagne of the Breakfast Club, just a couple of months before Drake sent the bottles over, “Social engineering came from the very top of the socio-economic ladder… We are living in the very valley of the shadow of death…” He went on to say that we need people to “rise up and marshal for justice.” It’s a harsh reality, Mr. Farrakhan, but today, people have a higher sense of urgency for creating memes about a rap battle than for organizing and sustaining a movement for justice.

And Meek, personally, “I jus’ wanna know” how you can come from an impoverish background and not have a voice for ending violence? How do you record and distribute lyrics like, “We the type of n’ggas tie ya’ mother up..” or “Twitter fingers turn to trigger fingers”, when murder rates in Chicago, Baltimore, and Camden, which is only a skip away from Philly, currently ranks as the second highest murder capital in the nation right now?
I jus’ wanna know.