What Angela Davis Left for Me in Cuba 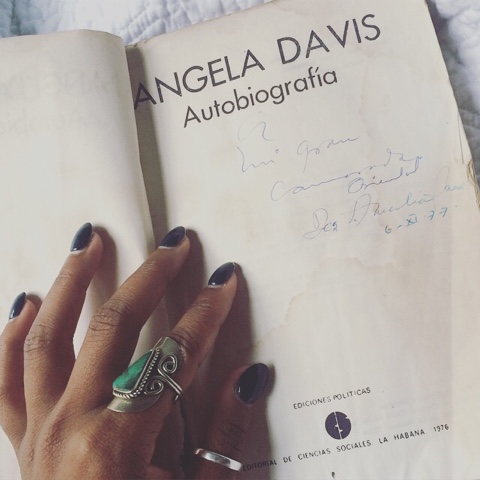 So Paola tells me that I can get a new dictionary at the bookstore around the corner from our hostel but in Central Havana, there’s a bookstore on EVERY corner. I swear I went to all of them! 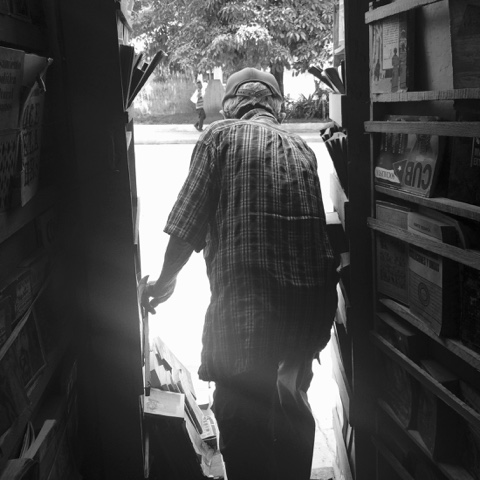 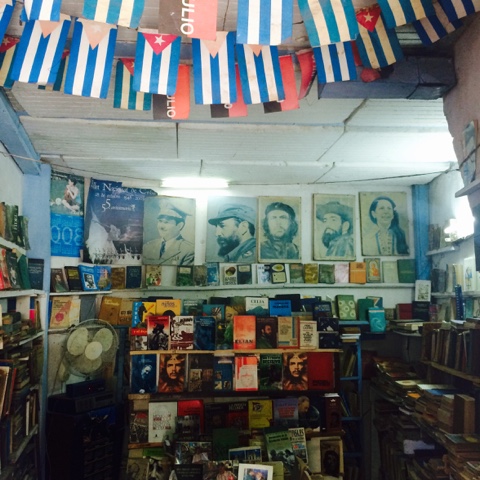 Some are actual stores while others are in the living rooms of people’s homes. I couldn’t find anything in English. There were old, dust covered Russian-Spanish dictionaries but not one thing written in English. I was getting tired of walking but I told myself, you had to lose it in order to find whatever you are supposed to find on the journey to getting a new one. Active-optimism. I started to write that thought in my iPhone's notes because it sounded like a caption that I could use later on Instagram and my clumsy ass almost knocked over a little old lady!

“Lo siento! Siento!” I frantically began to apologize. I was grateful that I knew how to say sorry in Spanish.

She looked at my phone and gestured her head from side to side in total agitation. I was indurated. Like a child ready to be chastised, I stood still, staring at her, waiting for her to say something back to me but she had no words. She turned away from me and walked into her living-room-bookstore. I followed. By now she had to think I was just being a weirdo but I wasn’t trying to be a creep, I needed to see if she had a dictionary.

“No.” Very monotone. Very unbothered. She stood with her arms folded on the side of the doorway, waiting for me to leave. It took two steps to get in and two to get out but before I left, one of her books caught my eye: Angela Davis’ Autobiografía.

“Cuanto?” I asked, kind of proud of myself for knowing another Spanish word.

Gave her 1 CUC and she gave me another book. Malcolm X. Silently, she put it in my hands with a look that told me she would not be taking it back. 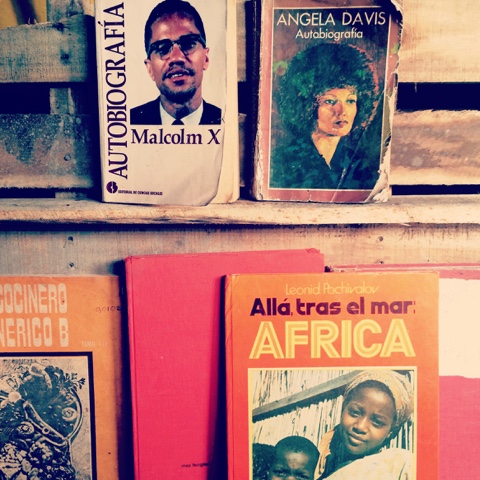 I thought I only had big bills in my purse but way in the bottom, I found some small silver coins. I knelt down to count them and gave her what I had. She seemed annoyed by the coins but took them anyhow. 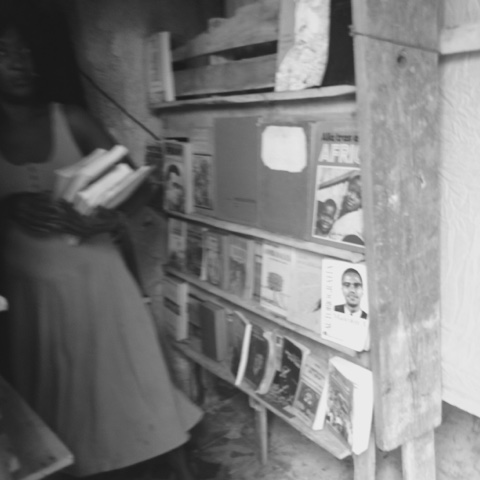 Finally found myself a Spanish-English dictionary at the bookstore closest to the University of Havana. Content now. Content and alone. With my new books and my dictionary, I decided to go back to my hostel and swap my Spanish Malcolm X for my English Angela Davis.

Didn’t bring a map or my Nikon when I went back outside. Had no real plan. No idea where I was going. Figured I would walk until I found an idyllic spot to read.

Walked down two blocks down until I got to a big intersection. My eyes grew with excitement when I realized, number 1 – I found the Malecon!!! Eeeeek! And number 2 – I only live a few blocks away from it!!! Double eeeek! I ran through the swingless park, passed the brown boys playing soccer, and waited carefully for the old American cars to go by until I could finally cross the street. 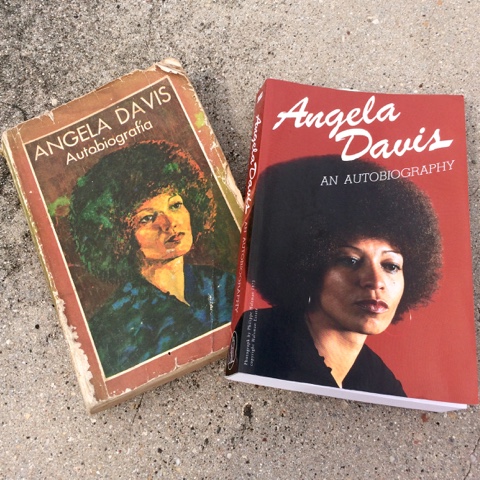 I sat on the grey stonewall and began to envision the chaos that took place in those dark waters on that late-summer night in 1994 when 30,000 Cubans fled for freedom on rickety handmade rafts. Then, I opened my Spanish Angela Davis and felt another ethereal sensation. Angela Davis, signed this book. Are you serious!!! There it was, right before my eyes – some scribble that I couldn’t understand and her signature, Dr. Angela Davis 6-XI-77. And here I was, 4 days and 38 years later, sitting in Cuba – with an autographed copy her autobiography. I could have cried. And I couldn't help but realize that I was right - if it weren't for me losing my dictionary, I never would've searched for a new one and found this gem! It was like she knew I was coming and left this here, just for me! Just when I thought I was about to read each version of her book – page for page – English for Spanish, a cop walked up to me …
a fucking cop...
here we go.