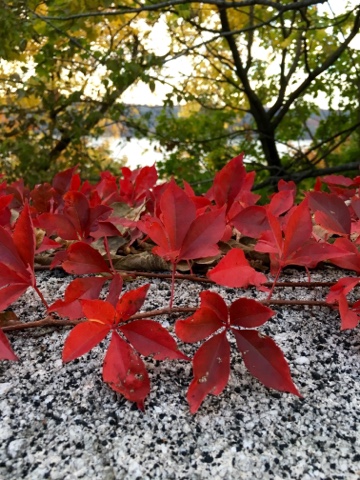 Grateful for new days and clarity and good health and most of all, peace of mind.

Last night I saw a blind man walking alone.. No dog, no friends. Just him and his metal stick, patting his way down the cement sidewalks of the 181st St. hill. He almost walked into a wall and then into a mailbox as he tried to cross Cabrini. Made me think about life without eyes. I was border-line disgusted at my own audacity to ever consider myself to be in a dark space when I have always had the ability to see.

But no need to beat myself up. I'm learning to just simply breathe; it feels good. And I got pretty this morning, which adds to my feel-goodnessity. Let my hair down, rocking a bone straight bang wrap, another rarity. It's usually hats or a messy bun on these early weekday mornings.

Sitting across from a fly jawn on this A. She's got a wine fedora over a blonde feathered blow out. Legs as thick as they wanna be. A matte, nude lip and black oval-square tips. A minimalist approach to her jewels, just wearing two gold rings and a few tarnished Alex and Anni charm bracelets.

I just got up to let the cutest little old Dominican lady sit in my seat. More petite than Minnie Mouse. Smiled and struggled to grasp my shoulders, so that she wouldn't tumble over, as the train car flashed in a wild wobble from 175th to 168th.

"Sank you..." She sang it like a lullaby, reminding me of those hellish bus rides in Cuba. The only thing blasting was the salsa and reggae tone. Air? Forget about it. There was no AC and not even an inch of room to wiggle your fingers. But there was a waft of love and a spirit of the upmost respect - in spite of the way we would have to violate one another's personal space as we stood closer than sardines. No one could sit, except for the elderly, who make up most of Havana's population ... abortion rates continue growing higher as the rate of elders grows larger... "Sank yous" would be exchanged every time a younger elderly would give up their seat for an older elderly...

I'm off the train now. Almost missed my stop because I was so caught up in my writing. Every time I get to the top of the stairs and see the light of day on 145th, this calming chill seeps under my skin, straight into my veins, even on warm mornings like today. The watercolory-silverish-pink-periwinkle clouds in front of the thrusting sun always gets me to say, goodmorning God :) ... No one else can paint such a canvas without anyone else's help. I love that fact that I don't just see it, I feel it.

"You look beautiful!!" Two brown girls with heads full of natural thick coils say to me, simultaneously, as I say the same to them. Even though I don't have a man any more, no one can tell me that black love is not alive and well.

Almost dropped my phone just now when this little light skin thing zoomed pass me. His rugby striped beanie sags and he laughs. His dad is right behind. Dad grabs his hand right before little man can jump from the curb into the street. He holds it and I notice how identical they walk, how both of their beanies sag to the left and dangle in back of their heads like the they are about to fall off but never do. When they get to the top of the next block, dad lets go of little man's hand and there he goes again. Running as fast as he can down Sugar Hill, forcing dad to scuff his dress shoes as he goes after him. I smile. Thankful for being invisible enough to share their moment... Thankful for being.