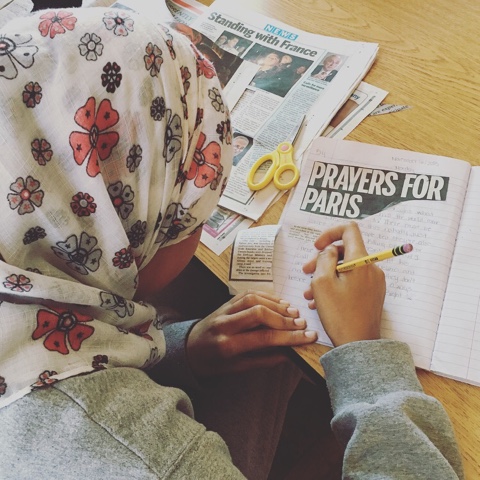 A tragedy happened in Paris, France. It will be remembered just like 9/11. I feel bad. They lost about 200 citizens and some people were from other countries.

All I know is that they were a group of terrorist. I hear the whispers. Some people saying Muslims are responsible for what happened. I am Muslim. My mother is Muslim. My father is Muslim. We are educated African people, not murderers. Buts it's funny, I scroll down social media and people are saying, "All Muslims are terrorists!" Excuse me?

First of all, all Muslims know that killing is against our beliefs. Secondly, just because they call themselves Muslim, that doesn't make them Muslims. We are Muslims by heart, not by the label. People talking about having "Islamphobia" on Facebook and Instagram are ignorant. Plain and simple. I bet they never even met a true Muslim. It's really frustrating that people actually believe this. Stupid actually, but I can't blame them. It's like Ms. Clay says, "Ignorant people are ignorant because they don't know what they don't know."