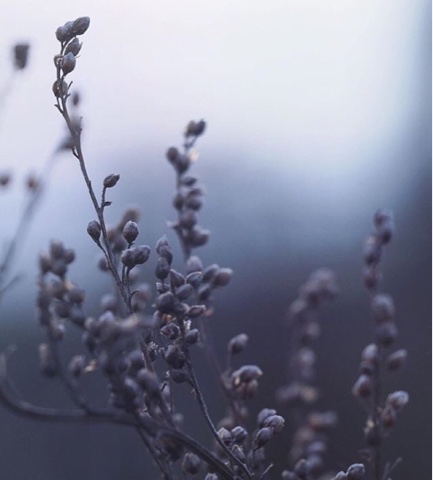 my favorite moon. i'm not alone when i can look up and see the crescent smiling at me. ive been spending my solitude reading poetry. gives me peace of mind and aids me in the never ending battle to remain sane. poetry is my safe place, honestly, because sometimes it makes absolutely no sense to me! i look at the words and frown like what the heck does this meannnn?! but that's why i love it. sometimes, it's only for the writer. helps me to remember to practice my craft like no one is looking.

ride the train with no destination and write.
close my bedroom door and
paint first,
then write.
sing like no one can hear me,
then write.
read anthologies written by the greats, then write.

was reading gwendolyn brooks' poem "the crazy woman" when one of my young girls called ... said she ain't been inspired lately but still feels like she has so much to say... she tells me what's been going on ... i'll keep that between me and her ... but i tell her, just write - it's a story that needs to be told.

one of my co-panelist at the  engagement i spoke at on saturday taught me that: as creatives, we make the biggest mistake when we hold our crafts on sky-high plateaus. what we have is enough. just gotta get it out and leave it out. if it's for an audience, chances are they'll relate to it and love it, if they don't, so what?

right before i read "the crazy woman", i read "of robert frost", one of brooks' most widely known poems. its clear that she is saying, even though frost won four pulitzer prizes, he was just as ordinary as anyone else.
it didn't take anything more or less.
so what else do we need?
exactly.
nothing.

before that, i read her poem, "tommy". which is metaphorically about planting seeds and not watching them grow and looking up one day to see that they've  popped up from the ground and flourished, without anyone's help. like the concept of this poem, we just need to create... and not expect full grown trees as soon as we throw the dirt over the seed but to give ourselves time. trust the growing process because our crafts don't need our help. they will continue to flourish as long as we continue to breathe.