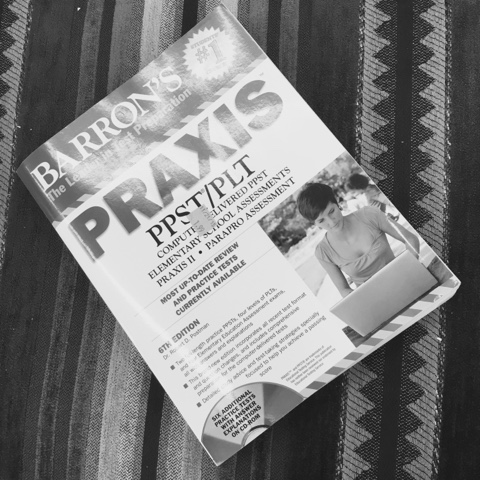 I had a fancy ball to go to last night but nothing to wear. Okay, fine, maybe I did already have something in my closet I could've I put together but I needed a reason to go to the thrift store. The Goodwill on 181st and Amsterdam was calling my name.


Passed the Nigerian security man who always stands at the door to check every patron's bags before they begin shopping1. Headed straight to the left. The dress section. I had the patience to look through every single patterned piece on the rack but my effort was to no avail. I waited too late and now I wasn't going to be able to go to the ball as the Black, vintage-Cinderella. Whatever. I'll just have to look for something in the cheap-cheap2.

I squeezed by the hearty bottoms of the elderly Dominican women. Permiso. They ignored me and continued to inadvertently produce the beats they were making. The metal of the hangers scraping and sliding over the chrome of the racks blared a rhythm that was maintained by every unwanted dress that got pushed to the left. The instrumental was interrupted when the smallest of the women began eyeing a sequence and velvet number. Something told me she wouldn't get it, so I became a creeper, remaining close to her, patiently hoping she would leave the dress right where it was... but I still maintained enough proximity to evade the embarrassment of getting caught for my savagery. Soon as she walked off, I went straight for the kill. Grabbed that gown and disappeared into the dressing room. When the soft mesh covered my bare skin it was pure bliss. I knew, this was the reason my spirit was drawn to the Goodwill. But there was a problem. Though the dress was baddd, it was torn in many places and would need some serious alterations before I could actually wear. It wasn't going to work out for the ball. Whatever. For $14, I still copped, and decided to check out the books before I left.

I evaluated "Black Child Care" (published in 1978) for its soundness and relevancy before deciding to add it to my basket. Found a chapter in there about helping Black students cope with the racial challenges they face when attending predominately white universities. I put a sticky note on the page before I even bought it! Definitely would come in handy for a lesson later.

I continued to let my fingers stroke the spines and guide my eyes as I sifted through the disheveled shelves for more good reads. With a mind of their own, the tips of my fingers pierced my palms, clinching two fists. PRAXIS. The bold red letters seemed to be colored with my very blood, sweat, and tears. I cursed Baron. Stupid test. I hate you.

I pulled the study guide down and flipped through it. With each page's turn, I physically felt haunted by the old anguish of studying and failing, studying and failing, studying and failing. It took me 3 attempts and hundreds of dollars to pass the exam that now considers me a highly qualified teacher (in most states). It is also the same exam that keeps other REALLY highly qualified teachers on the outside of the classroom. I specifically recall being asked by one of my professors in my final graduate course last spring, "Why don't we have more Black teachers?" She was genuinely asking me to answer that as the Black educator in the room. I told her the number one reason we don't see Black teachers teaching Black children is because of the certification tests.  How many of my friends are still para-professionals and teaching fellows because they have yet to pass that test? And how much of this test is a legitimate indicator that the people who pass are truly qualified to lead children in critical and independent thinking? After 8 years in the trenches, I think I have enough practical experience to answer myself in saying, f*ck the PRAXIS! Being a highly qualified teacher has little to do with passing any certification tests. The most effective teachers are considered, so called, "high quality" because of their individual preparatory plights before entering the classroom and their participation in formative professional development sessions during the matriculation of their careers.

As social justice becomes a growing trending topic, more and more school leaders are trying to fill their classes with educators of color but the fact is, the disparity remains. We still see 75-90% of the classrooms of most urban schools being led by white and foreign teachers. Are they being better prepared for the exams on the undergraduate level than Blacks are? Or are post-graduate certification programs allowing them to land jobs with provisional certifications? Are these programs systematically turning down potential Black teachers? Is it a money thing; are whites and foreigners able to afford to take the exams more times than Blacks after they fail?

I remember asking a former administrator in one of my schools in Baltimore, where I was the only African American lead teacher (the two other lead teachers of color were not American), "Why don't we have more Black teachers in this building?" Earnestly she said, "If you can find me some Black teachers, I will hire them."

That statement alone let me know that she understands a key factor in urban education that many do not want to admit, Black children need more Black educators. These school leaders are looking for us now more than ever. At this point it's not a question of why Black teachers are not getting the job, its about asking how do we start getting the scores that say, "Dear Black Teacher, you passed! You are now just as qualified as all the other teachers! Thank you for spending all of your money to prove that, yes, you can do it!" How... We can't change the test, we have to defeat it.

After failing the test one or more times, defeating the exams has the likelihood of becoming more of a psychological battle than anything else. Because internally, one's self confidence depletes. Then people start looking for back ups that are so far removed from their original plan to empower our youth through math, science, reading, and the arts. They may stay in education but not as teachers; they become authoritarian figures who are burdened with the task of saving the other teachers who passed the tests who don't possess the wisdom, knowledge, and logic to fluidly teach and discipline the Black child.

Honestly, I don't think anyone just gives up on the test, but blocking off a sufficient amount of study time becomes impossible for most. Personally, I had to get a math and science tutor and saw him twice a week over the summer before my first year teaching. When I wasn't with him, I was in the park for hours with my nose up Baron's ass. But even though I hate the test, I am glad I passed, not just because I am living in my purpose, teaching my students the value of learning, but also because where would I be if it weren't for being a teacher? I didn't become an advocate in the way that I am now until I started teaching. I read now more than I ever did as a student. The reality is, being a teacher actually makes you a life long learner but because of the failures and fear that are associated with certification tests, many of my brothers and sisters will remain ignorant to this aspect of being an educator, and unfortunately, this will continue to result in the destruction of who we are as a people.

I put the PRAXIS guide back on the shelf, only to pick up Dubois. I flipped it open to a page that coincidentally read, "For education among all kinds of men always has had, and always will have, an element of danger and revolution, of dissatisfaction and discontent." Nothing new. I thought. Just like the sequence dress in my basket. None of this is new.

1. Only in the hood do stores force you to check any bag, other than your purse, before you can begin shopping. This is to prevent people from stealing anything in the store.

2. Cheap-cheap: a term that my friends I coined for clothing stores that sell low-quality garments on "the avenue" in the hood. Every hood has their own cheap-cheaps, filled with gaudy costume jewelry, skimpy dresses, and bright, plastic, stripper shoes. A cheap-cheap is a step down from Forever 21 but don't ever sleep on them... They've been known to come through with the clutch at the last minute and have everyone asking you, "Chy!? Where you get that at?!" You just have to choose wisely.