I'm So Over the Fake Conscious Movement 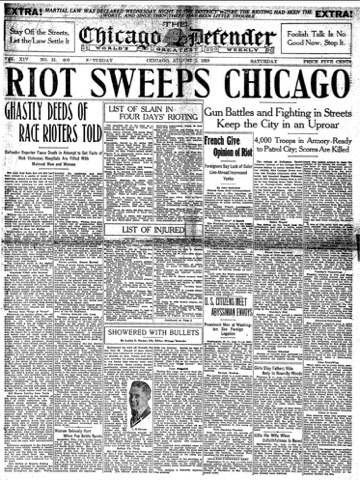 While I was in Cuba, one of my students in Baltimore was killed by a 13 year old. There was no march for that. I can name many other students that have been murdered under the age of 18. No protest for them either. I'm withdrawn tonight, after reading about the Laquan McDonald rallies ... Honestly, it's the same old bullsh't. The violence in our communities only gets national attention when it's police brutality. I hate when people stand on their soap boxes and say that, but it's true. When will we fight the real problem? How will we even begin to undo what has purposefully been done to keep us exactly where they want us to be - dead, broke, or in their private prisons! Who is giving us these guns? Why don't we riot about n'ggas killing n'ggas? Jesse Jackson is out in the Chi, front and center, listening to the mayor give speeches, why isn't he in the projects teaching people that us killing each other is exactly what they want us to do. Probably because we so far gone that we won't even listen to him. He's not real to us. He's merely a figment of the hope that died and destroyed our communities after the King riots of '68.

This whole police brutality thing is a distraction. It's pure comedy to them. They laugh at us when we stand up against their abuse of power because we don't even budge when shots are fired between one another.

The mayor said Laquan was failed by the system, as if that's some type of newsflash! This system was never set up for us to succeed in the first place. You will never hear a white person say, "Mama, I made it!" That's a term (one of the only ones that hasn't been stolen and abused like the rest of our creations) coined as a highly celebrated achievement in our culture.

Our streets are not safe, with or without police. We are far too quiet about it. And I'm not knocking anyone but I'm just so over the fake consciousness that floods my timeline. It feels like more people are protesting for attention on the gram and snapchat than they are for the cause. Because when it's over, it's quiet. Crime rates still rising. Young kings still dying.

And if you ask me what am I doing about it, the answer is: I'm in my classroom, where I've been for 8 years. Ain't no sunlight in there when it hides behind the project buildings on 8th. Recess time is surrounded by high metal gates and no one even dares to go near the playground. The bathrooms are pissy and mirrorless. The stairwells are dreary and the windows are sealed with 4 sets of grey bars. This environment does not say, your education is valuable and one to behold. It does not give kids the intrinsic motivation to get excited about learning. And it's the same, if not worse, for many schools in urban cities. People are so quick to fight for whatever is trending in social justice, but overtly allowing injustice to be done to us every where else, every single day. How about taking action within aspects of the struggle that have not been tainted enough to be jaded. For the last two years, I have fought my desire to just go backpacking and write for a year because our future as a culture depends on teachers like me empowering the youth by exposing them to exactly who they are, what has been done to keep them from advancing, and what has to be done to move forward.

We read Richard Wright's, Almos' a Man, earlier this week and identified one of the themes: having a gun does not give you power or control. I went rouge by going outside of my curriculum's readings and choosing that story. Literature like this is my weapon, my picket sign, my voice. I use it with all force and every intention to counteract what's being done, outside of my classroom walls, to kill us.

And I know I won't see the fruits of such labor tomorrow but I was in tears today as my students presented their "What's Up?" homework assignments on ISIS in Syria, Trump keeping Muslims out, and the death of Ronald Johnson. They had total autonomy to choose the stories they wanted to present. I teach them history but it is their responsibility to provide the class with current issues in the news. After the viewing of Johnson being shot in slow motion, we cried together, until Ari looked up and said, "I'm not crying. I'm annoyed. It's getting old now. They never get what they deserve for killing us and we aren't helping the problem because we killing each other too."

"Babygirl", the class turned around to listen to me. "Trees don't grow over night. And we need way more people, meaning y'all - the future - the next up, sewing seeds! Because the people giving us the guns, honey, they are harvesting every day!"