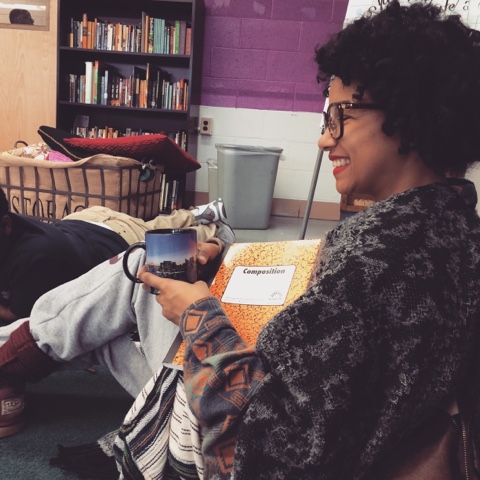 Tall and strong Black and brown boys in tears, crying and explaining the correlation between their grades and their absent fathers ... Saying things like, "I will work hard so I can provide for my mother when I get older. I don't want to watch her starve again."

When you hear mothers explaining sacrifices they made, working menial jobs and taking sh't just to buy her son a pair of boots because he said his feet were freezing on his way home from school.

When mothers call you telling you that they can't come to the conference because they don't have money for a metro card so you do a home visit instead.

When you hear a father name all the family members that his son has seen get killed or get locked and start crying and telling him that they, including himself, went through that so his son won't have to.

When little girls translate every assignment in Fulani because they are first generation Americans.

When grandmothers pull you to the side, thanking you for being hard on their grandson.

When you, the teacher, cry like a wimp during the meetings because you are just so damn proud.

That's when you realize why you are still here. That's when you look to the Universe in gratitude. Because really the only word that can sum up your feelings is, thankful.