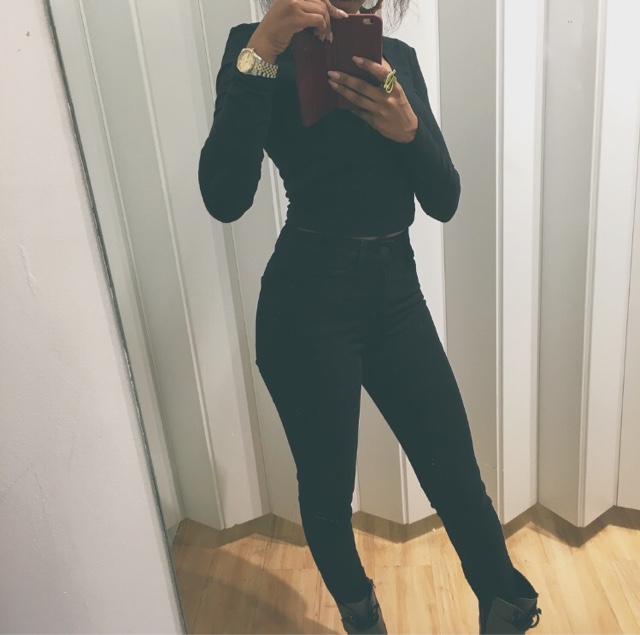 7:11PM
The best way to get over something? Buy something.
Not always true. Definitely not my go-to answer but today, I finally bought this pair of jeans I've been dying for, for months.
The guy I was feeling, we didn't work out.  And I'm not going to lie, I'm not all heart broken, but I am disappointed.
He was everything I wanted in a man, except for a few things like how far he lives, how unhealthy he eats, how haphazard his personal organizational skills are, how long he takes to respond to texts, how we only would talk on the phone every once in a while, how many women are always hanging around him... But I mean, I have these crazy mood swings that I can't always control when I'm around him, so I figured, if he can put up with my illness, then surely, I can overlook all of the things that I don't like about him.
Wrong.
Those very things were actually triggering my mood swings, making me very irritable, which made him go from finding my crazy beautiful to bothersome. I tried to compromise and accept it but the lack of attention was getting inside of my head. I tried not to take him never making real time for me personal but by the time I realized it was less about me and more about his inability to properly plan and prioritize, it was too late. We were both over each other.
And what did I learn? That I'm still making desperate moves and ignoring my intuition in the pursuit of love. I was ready to settle for everything that I didn't want, simply because he was the first fine as hell, uber-talented, good-hearted man, that I found myself feeling since my big break up.
But the key word is learned.
But hey, better now than later.
I have to remember to pay attention to signs. Ok scratch that, because I did pay attention, I have to actually follow the damn signs. I'm ouchea, blatantly, ignoring my inner voice. Found myself having melt downs in front of this guy who barely had the chance to get to know me, totally pushing him away.
Now, someone may say: well he just wasn't the one. Which may very well be true. But, I still don't want to be out here depressed and crying and carrying on, for a not-the-one. It don't have to be that way. It really is no excuse. God gave me discernment and logic for a reason. I better start using it.