What's Going on in My Head When Addressing White People


I mean, I'm not going to tell it as if I'm afraid of white people, because I'm not. I was actually abashed by how nervous they made me. The resonance of being the only Black person in my classes at Hopkins resurfaced. Never felt smart enough. Never earned anything less than an A and still, wasn't fully confident in my ability to present my knowledge to them.

The ballroom was filled with some 200 people and there was only a sprinkle of chocolate on the vanilla. (I'm still working on a smoother way to describe whites, I know vanilla has no creative appeal.)

Maybe it didn't help that I just read Hurston's, "What White Publishers Won't Print" because quotes like 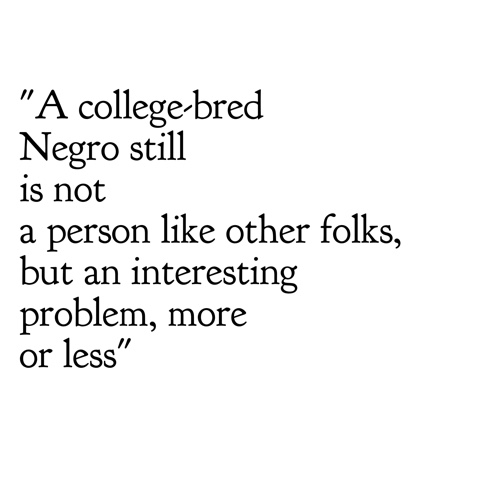 wouldn't leave my head. Would they accept what I had to say? Was I too small. Too young? Too hood? Would I have to change my diction. Code switch from my uptown accent to my white girl accent, like my Grand always did when she was around white folk? 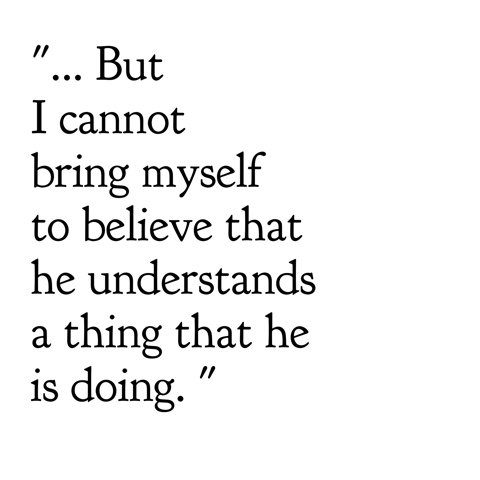 Would my message be accepted as an expert's or completely disregarded because of my melanin?

Friday night, during one of the rounds of the summit's mix and mingle activity, a young brunette, type-A white woman from Connecticut grew intensely inquisitive about my position as the keynote. "Did you have to write a proposal? Did you ask them if you could speak?" Like, what? How insulting and demeaning can we be? I was short in my response, "The Department asked me to speak." I was happy when it the announcement was made that we could switch to the next room. But this time, I was careful not to mention that I was delivering the keynote. Instead, I said I was a teacher, serving in a sort-of critical friend role. The latter was a lie. 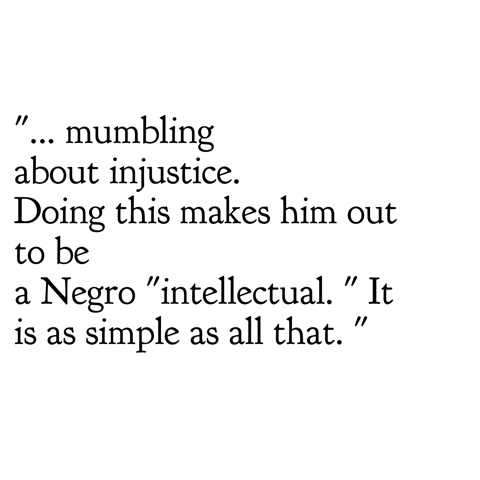 I needed a clicker. Was this really my first time publicly speaking with a power point? The podium was intimidating. I talk with my hands, I didn't want the microphone. Reminded me of my days in the children's choir on Oak Street. When I used to get chosen for solos and always forget the words. The mouse kept freezing. I couldn't finesse. Would they tune me out? I started off strong but the long pauses between my segments were turning me off. It wasn't the way I'd practiced. Could they tell?

Maybe if I moved from behind the podium. Yes. That's it. Here we go. Just breathe. But ... Did they want to hear about Freddie Grey? About all of the aspects of the story they weren't told during the time that all CNN and Fox were showing was the burning cop cars and buildings? Was I just another Black person talking about police brutality? Did they want me to get over it?

"Y'all...." Y'all? A clear indication of my roots. Was this what they were waiting for? I could hear my Grand incessantly correcting me. My conscience strangled me but my face didn't break its smile. I always smile when I'm nervous. "It were my.. It was my..." I couldn't keep it together. But I had to get it together. Get back to sounding educated. Sounding like I knew something besides the same Black American tragedy.

But no one laughed when I told the kids to retrieve the story from Google, so that I could learn too. Was I the only teacher that does that? Is it because I'm Black? Did I make it seem like I don't pay attention to the news or read enough? Or maybe I was speaking too fast and no one understood the joke.

When I talked about inflation, did they realize that was a direct jab at gentrification? Did I nudge them to remember that when you move into our communities, you should give back - not call the cops on us to shut down the block parties that have been going on annually, for years before you decided to buy on the block? Did they realize that the gourmet delis and 7/11s and Starbucks that attract them to the neighborhood continue to raise rent as they move in, instead of raising funds for a recreation center that could potentially employ the neighborhood kids to work at after school programs and summer camps?

When I quoted Fannie, "Why aren't you teaching us the truth?" Did they know they were the you? Did they feel compelled to take action steps toward discovering the truth and extending that content into their lessons or did they dismiss me because in their eyes, I am the same as their students - a silent cry that they can hear but not quite quell.

Why? Why did I slow down and provide a preface before saying, "The ignorance in these classrooms is a clear indication of the ignorance of teachers who do not look at their students as their boss." Even with my preface, I wasn't as forward as I wanted to be. I was supposed to go in! But I stayed above the surface, smoothing things out with phrases like curricular needs over social emotional needs; when what I really wanted to get into was the question of why? Why don't teachers consider their students' needs valid enough to stop teaching what's planned and tend to what's most important to them? Why don't more teachers provide culturally relevant content in classrooms where the teacher is usually the minority to a majority of Black and Brown students. Should I have polled the crowd before beginning to find out who I was talking to? Would that have helped me to realize it was okay to drive home my points? Why did I back down? Why didn't I say what I really meant? I didn't want to make assumptions. I didn't want to be offensive. Did I lose my chance to say what they really needed to hear because of not waiting to lose them?

And what is the "it" that has to come from the home? What is the "it" that is not being explicitly taught in the home anymore? Why didn't I break it down? The "it" is first and foremost, the history - where our students' ancestors came from and who they were before they were stolen and enslaved. The "it" is the knowledge that the concept of learning derived from the motherland - Africa, therefore our students are already intelligent and highly capable, as result of being of African descent. The "it" is being aware of how it was forbidden for said ancestors to educate themselves once enslaved.

But since everyone is so uncomfortable with teaching about slavery and want Blacks to just get over it, then let's talk about today. How the "it" can't possibly be taught when urban schools have become lab rats for so called "school reform " - the same people who laid the foundation for oppressive education are now perpetuating it, legally, by placing unprepared teachers who are unfamiliar with our population in our classrooms across the nation.

Was I alone in saying, this is what we signed up for? Was I overstepping boundaries when urging the room to look beyond what's going on at home? Funny thing is, some of today's teachers don't even know what's going on in the home of their students. And those that do, use it to label the students as victims with no way of going any further than they are. I want these teachers to look beyond what they see and what they think they know. And teach beyond the curricular limitations that have been intentionally set to keep our children right where they are.

Although I thought twice about using jungle, in fear that it might be turned against us and give reason to be called animals, I still kept Aiyana's figurative stance and used it to extend my message: we have to activate our children's innate power to end the cycle of destruction. They were born to make a difference. All we have to do is give them the machetes of knowledge to cut down the vines of oppression - but maybe some of those very teachers are the vines and they know it. Or maybe they are vines and don't know it.

Either way, privilege and guilt has to be put aside. When I said that to them, what I really wanted to say was, "You want us to get over three hundred plus years of unpaid servitude? How about you get over your gu..." Never mind. So much of me just feels like it isn't my place to speak on white guilt or privilege. As much as I want to say, I feel like I can't. Even though I know, the greatest caveat keeping white teachers from building the conscious of our youth is their inability to face their own conscience.

So, I failed. I played it safe and didn't say what I really set out to say. Was I so afraid of not being taken seriously as a professional that I down played the very message that everyone in that room needed to hear? How do I overcome my internal fear of speaking candidly to white people? Why was I so afraid of offending them? Shouldn't we be offended? How else does one change if they are continuously made to be comfortable in the wrong that they do. How else does one change?