Responding to My White Readers 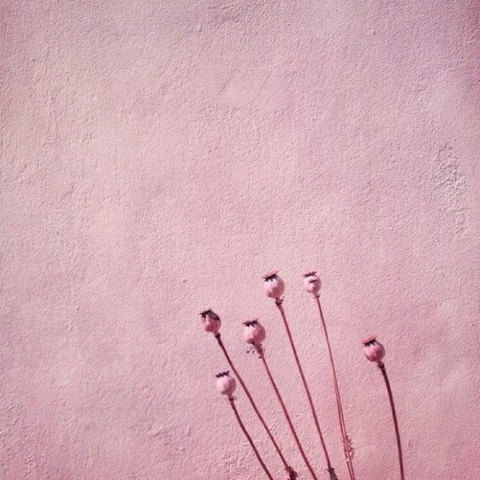 The post I wrote about Beyonce humanizing the Black man in Lemonade has gotten over 20 thousand views. With those views came a little hate mail from a few white people.
But who cares about them? What I love are my white friends that know me personally, and other white readers whom I don't know, that are messaging me after seeing my response to the woman on Facebook and saying, they read all of my writing and it's for them too. So, let me be clear: YES, you're right, you are my people too. Never said I only write for Black people, I said, "I write for my people." For the crazies, the educators, the feminists, the abused, the confused, the abandoned, the neglected, the alchemists, those that appreciate the rain, those that chase the sun, the beautiful with the right lighting and angles for that selfie, the people who travel with me where ever I go, the people who are inspired by my journey because they too have been breaking chains in their own lives, and then some - those are my people! The haters, no matter what color they are, are not my people - will never ever be my people.

That woman's words were hateful. How do you tell a mother whose kid was murdered that they need to raise them better?! 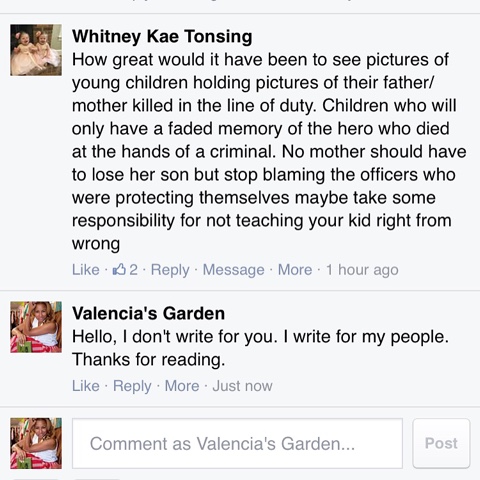 But the hate mail doesn't speak for every white person that read my post. It just shows how ignorant some people are. Honestly, if a Black person would have written what she wrote, they would've gotten the same curt response because I'm not going to argue with a fool. It's a sin.

I didn't make my response to her comment about race. But I'm not blind either. I'm just grateful for being in a position to empower and enlighten MY PEOPLE with my words. Me saying "bye Becky" in my caption for the screenshot I posted on Instagram may have offended some but I'm not going to apologize - it was the perfect clap back to one of the most ignorant comments I've ever read on my blog. If it was a Black person, I probably would've written, bye Felicia.