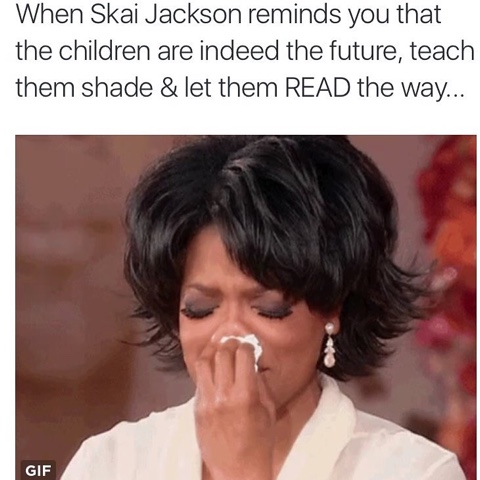 It's 1:32 AM and I'm up. Can't sleep. Scrolling through Twitter and I find the most disheartening battle ever: Skai Jackson v. Azaelia Banks. I am utterly disgusted. 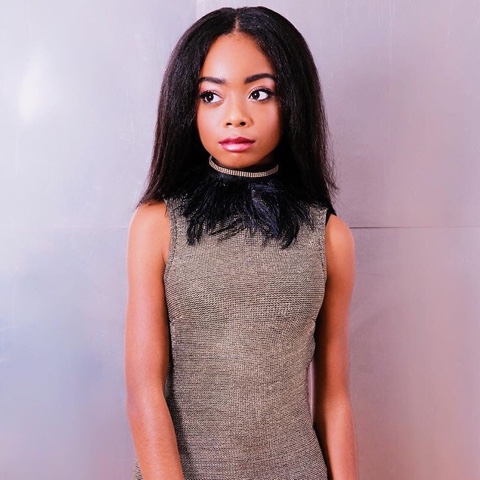 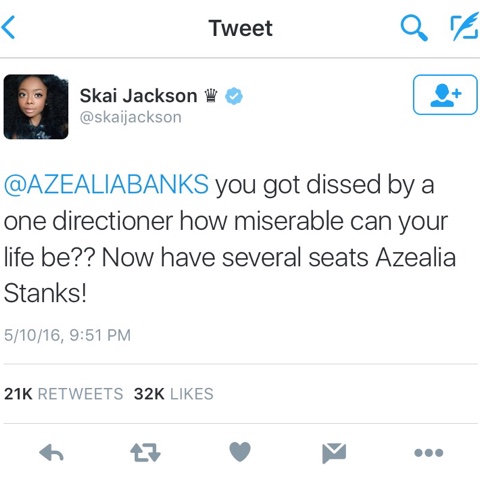 It's bad enough we fight one another on Vh1 but seeing these young queens going back and forth on Twitter? It's sad. They have never even met one another in real life. 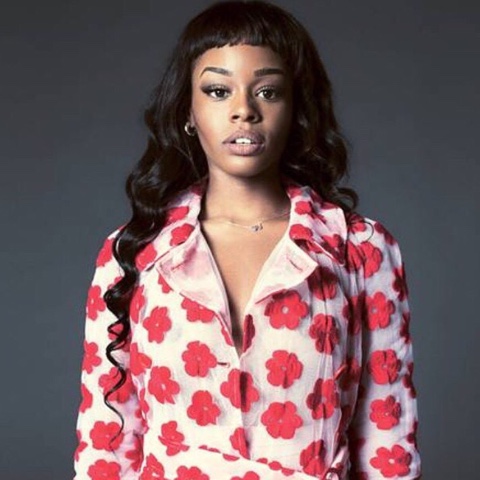 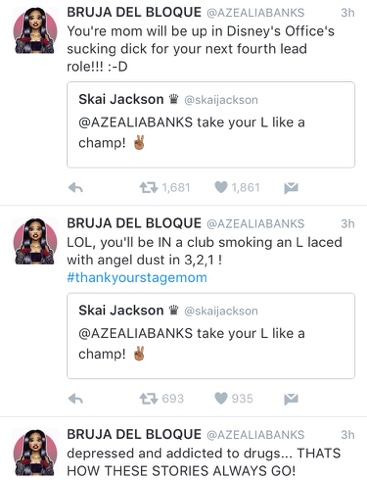 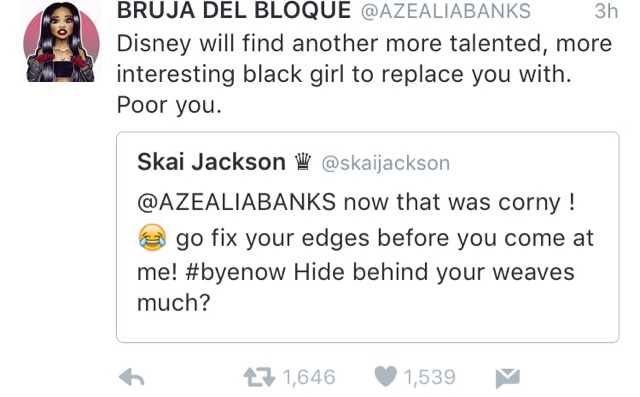 I was asked to give a speech this weekend in Long Island to a group of young girls about bullying and the media's role in advocating or preventing it. People are finally beginning to build an awareness on the violence among teenage girls as we begin to see more cases of such girls being killed in fights. However, this newfound attention to the topic at hand boggles my mind because girl fights have been getting millions of views on World Star Hip Hop and Vine for the past few years. School-aged fights are one of the highest rated components of these sites, and yet, we are only beginning to speak out against it  now because our girls are dying. 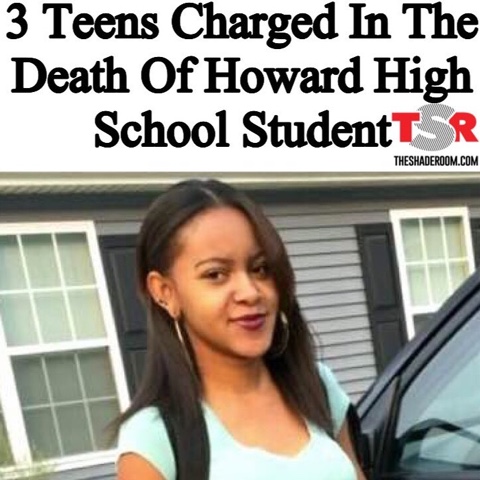 In my speech, I planned on referencing my days of fighting. Painting the picture of how I pulled out a blade on a girl when I was 16 but was too afraid to use it, so I threw it to the ground and used my fists. Thank goodness because I was later taken to the precinct where the officers repeatedly asked me for the knife but I didn't have it. They couldn't keep me. But what if they did? Would I be an educator today? And what if I would've used it instead of throwing it? What if I would've stabbed her? Where would I be right now? Where would she be?

Petty arguments and physical violence on tv and social networks set an example for a younger generation of women who do not consider the implications of a fight on their future, young women who have not yet learned that walking away makes you stronger than "clapping back", young women who don't realize they are putting themselves down as they tear an opposing woman apart.

I am not saying one should not stand their ground in the face of bullying of any kind, however, the exploitation of women of color beefing in media is rating-boosting and rarely reconcilable. I could be wrong but mark my words on this: I am convinced that Azaelia Banks is currently negotiating a talk show deal, in which she will be able to engage in excessive rants against other celebrities and get paid for them. For all we know, she is getting paid for them right now. This may put food on her table but what does it do for the greater good of the culture?

And honestly, I am confused about 14-year-old Skai Jackson (who picked on Banks first in this instance) because she's on Disney. Not saying I am holding one woman to a higher standard than the other but let's be honest, she has an entirely different target-audience. Jackson's viewers are primarily adolescent and teenaged girls. I am sincerely wondering, at any point in the conversation, after her first tweet about having class, did she think about how this argument might impact the girls that admire and mimic her from a far? Or was she only thinking about her pride and avoiding the social-homicide that would have resulted in getting publicly played by Banks?

From experience, I know pride trumps all. Pride is the reason we fight even when we don't want to, but what's the value of pride when you buy it at the cost of your reputation? Banks and Jackson were highly capable of using their influential platforms to settle this like mature, cultured women. Yet, they chose to further perpetuate a negative, stereotypical image of the Black woman. It's disappointing.

So how do I end? Do I call us, as a people, to action? Do I start petitions that help to ban this type of behavior in media? Do I write letters to both women, as an educator and nonprofit for girls founder who wants to see them do better? I could do all 3 but have you read the comments on these gifs and memes? People are cheering the entire antic on. So, yes, I could attempt accomplishing those measures or I could bring this issue to the people who matter most: my 14 year old students. Let them critically think about this and support them in any action steps that they may want to take.