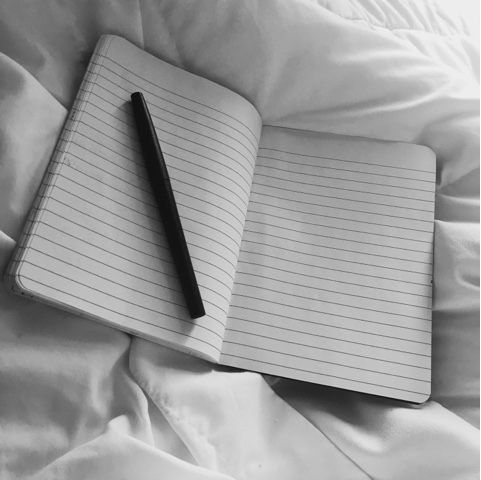 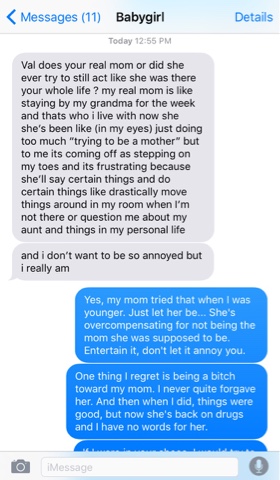 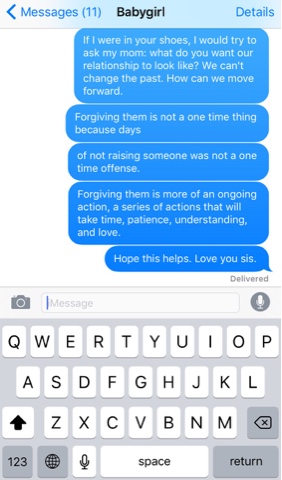 ...giving advice to younger women who share my story of neglect ...thinking about the days when I was experiencing those same moments of my mom acting like a real mom... After longing for her love and affection for so many years, one would expect me to have welcomed her new behaviors with opened arms but no! I wanted her to cut the bullsh't.. It was fake, intrusive, and annoying as hell! People in my family would see it from the same lens that I did but they would say, - she's trying. Meanwhile, I'm like oh please! She should have been trying! I regret being like that. I guess I just wasn't ready. At the time, I was the same age as Babygirl in the messages above - about 21 - I didn't know anything about my mother's battle with her mental or my own. I didn't have anyone to ask what to do... I actually don't have any friends or elders in my life who were completely abandoned by their parents enough to have given me guidance when I was younger or even right now. I know I am not the only one in the world that has lost their parents to drugs, but in my immediate circle, no one else has. I was born in 86... That was the preface of the war on drugs. Guess Im what you would call a first generation crack baby. The prototype. I never had anyone to really ask, what do I do when my mom comes back and starts acting like she did so much? In essence, I wasn't explicitly taught how to forgive my mom. I had no model of where to even begin with such. I tried to fool myself by believing that just saying, I forgive you, was enough.. That spending time with her would heal the old wounds... That listening to her side of things would change my view on what happened when she left us behind.. But no. And it's been over a year since I've seen her, despite the fact that we live less than an hour away from one another. We don't have a relationship at all. When she was sober, we were good, well not good but at least working on it... Now, we have nothing. A nothingness filled with avoidance, anger, silence, and trauma.

I used to blame myself.
Stress myself.
Beat myself up.

But abandonment issues do not go away and certainly do not get healed by placing that type of energy on myself or on her. What we both need is time together, to learn and understand one another.

Just not sure when that time will come.
When it does, I plan to treat our relationship like blank pages. Together, we can and will rewrite our own narrative of our relationship. Nothing will erase what has already been written in former journals I have filled about our relationship (or the lack thereof) but we have the beauty and freedom of each new day to develop something of our own as we commit to moving forward...

As black women, we both have endured and built our lives on struggle.. A sense of despair that carried us beyond doom. We both learned to be selfish in our own way. We both know hurt. Fear love. Revel in pain. Find strength in isolation. Defeat depression. And model victory. But unfortunately, her wins were my losses and my wins remind her of her losses, every time she looks at my face.

Where do we go from here? We need each other. But can't stand to be near eachother.
It's summer under my down blanket. My window is above the corner of the block, allowing me to enjoy the choir of song birds in their pulpit on top of the street lights. Cars race by the mile over the bridge, in determination to get from here to Jersey. Nothing is still but my records. Candles burning. Land lady singing que lindo, que lindo as she sweeps.  Clouds floating to make blues white. We will too. My mother and me, me and her. She and I. We are still breathing, therefore we still have time.
To journey.
To clean.
To make.
To grow.