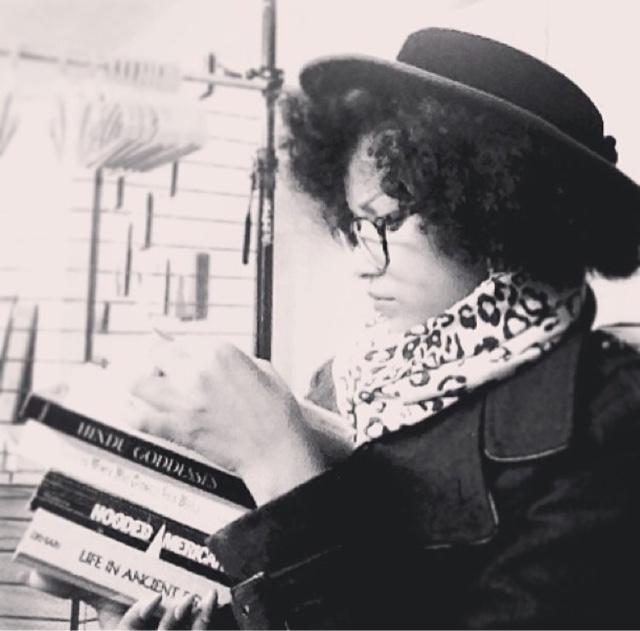 Not just for the train but the direction that I am supposed to go in.

During the day I try to keep busy but I lose focus. I cry, quiet tears. I lay in my bed and gaze at the cracks in my ceiling, as if they are stars. I get a new reason to break down everyday. Today I spoke to a mortgage lender that said my credit was so low, he was at a loss for words. I took it well. I told him that I would call him after I got everything straightened out and thanked him for taking the time to help me learn more about the home owning process.

Then I called fed loans, for the umteenth time in the last few weeks. Asked to speak directly to the Teach Grant department, for it was they that caused my score to decrease so vehemently. They gave me the run around and transferred me back to the loan department. I spoke to a black woman with attitude, ready for me. I told her this so called letter that I never received was specifically made to keep me and other black people down. She disagreed and because I didn't want to lose my dignity or disrespect a sister who was just doing her job, I  gave up on my fight and got off the phone. What good would cursing her out or crying to her do?

I got down on my knees and told God, I know there must be a plan for something greater for me than what I had my heart set on. There's no way that all of this could be happening as a form of punishment. God don't punish. God loves. Besides: What have I done wrong? I've done everything right. I beat the odds, I got out of poverty. I went to college. I earned my masters. I taught for 9 years. I volunteer my time. I share my story in the most transparent way. I give. I love. I forgive. I don't ask for much. I rarely judge others. I have a big heart - broken heart - and at times it doesn't always love others as well as it should, but what my heart doesn't have the knowledge of, it simply cannot do. It's learning.

And I seem to be learning the hard way. How could one letter that I never received change my financial situation into a financial crisis? Ive been paying off my loans for the past few years. My credit card is paid off. Car loan paid off. I don't have bad credit. How did these loans, loans that were originally grants, f^xking grants, TEACHER GRANTS!!! become the only reason I can't move out of my apartment in Harlem and into the home of my dreams? I never stopped teaching after accepting those grants, and yet, because I never responded to a letter (that I never received) those grants were converted to loans. Loans that now show up on my credit as 90 days past due their payment, a time period in which I was waiting for an answer to my appeal about the grants becoming loans. It's so wrong that the government can get away with this.

It has to be God right? Something greater for me, in a different season than this?

The gates. They exist to separate us from them, keep us on the other side of achievement, in a place where we can remain under their control.

I am going to break them down.
I will. It is so.