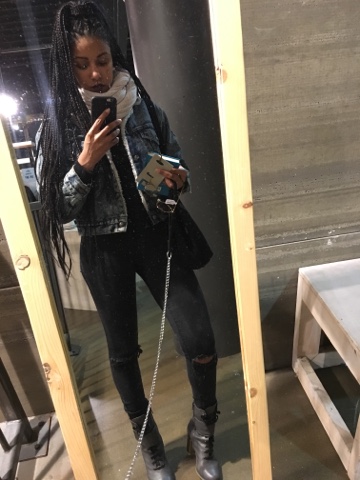 Read for a few hours today. This book called "Intimacy with God" that I found at the free book drop-off on Broadway last Sunday. Curated my closet. Prepared 4 bags of vintage clothes to sell at the Hunting Ground on Falls. I need that money now more than ever. Then took Tay for a walk to Urban to return a jacket I bought a month ago and still haven't worn - clearly don't need it - got a nice store credit to use when their Spring/Summer line drops. 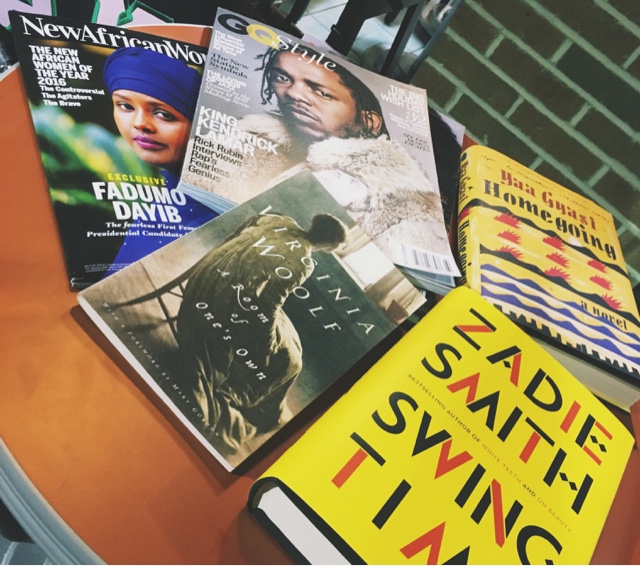 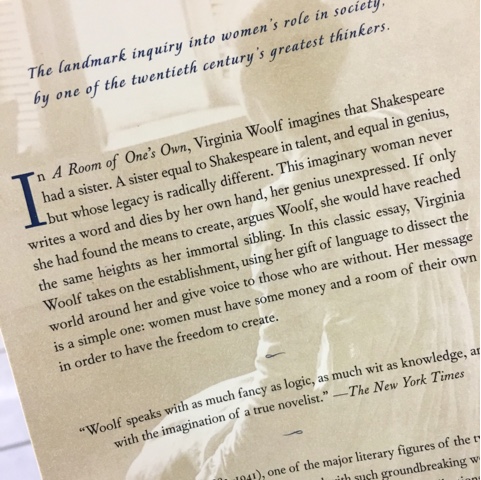 I didn't go to the women's march in DC today because I don't like being in big crowds. The last march I went to was for Trayvon. We protested from 14th to 42nd. That was fulfilling but I don't know, for whatever reason, it just wasn't in my heart to be there today. "Avoiding the crowd" is a scapegoat. To be honest, I'm still in my solace-silo and these books I've been reading aren't giving me the push to get out of this place of transcendental peace that I've wandered into at all.

In that intimacy book I read this morning, it said, "Jesus said to clean the inside of the cup before you clean the outside." Im not a Christian anymore but the words of Christ still resonate with me. Initially, I took a sabbatical from social media to cure my madness - which was brought on by the self-inflicted pressure to publicize my craft (that I felt was deteriorating into a means of branding myself instead of building the consciousness of my peers) consistently enough to perpetuate an instrinsic motivation among my "followers" to get active in the struggle, from an informed stance.

I was known for posting content that encourages others to self-educate themselves, so that we will be fully equipped in the face of our oppressor, but in my personal life, I felt far from effective in my ability to accomplish such. The classroom videos made my job look great! I was inspiring many young people to get into the classroom and impact at least one child but in real life, when the cameras were off, I was losing every battle against those that were upholding systematic and structural racism. It was breaking me down so much that I lost my creativity, my clarity, and my sense of purpose. Or maybe I was victorious by definition of my ancestors; for them, standing and speaking their truths was a death wish. But in the moment of my despair and anguish, I felt nothing but loss - loss in my confidence to teach my babies, to lead them out of the chains that have kept us disenfranchised, and to be a model of service. I was no model. I was tired and weak and quick to respond, rather than strategic. It's funny, my opponents labeled me explosive but in actuality, their blows left my fuse burnt out. They muted my voice, silenced my weapon, and enabled my strength, leaving me confused as to who or what I was even fighting for? Those answers weren't on my Instagram feed or my Twitter timeline. So, I had to leave the world. It was impulsive but what else was I supposed to do? Fake it? No way.

Off IG, FB, and Twitter, I was out of everyone else's heads - which I would enter every time I sat down to choose the posts that would get the most "likes" from them ... I have fasted from social media before but this time was not like any other break from the silent noise that echoes from my phone screen through my eyes to my ears. I truly was not expecting the level of anxiety I felt when I had no choice but to live in my own mind...

Sh't was scary.... I would think about my social media more than anything else. Questioning, should I go back today? Should I post this book or that video clip? It took me about a month and a half to finally tell myself to stop thinking about it. To live with the decision that I was off of it and not to return until I knew it was time. I had to get comfy with answering people who would ask, "When are you coming back online?" with, "I really don't know, yet." I hated not knowing. Not having a comeback plan. But the sabbatical wasn't a branding measure - on some Beyoncé-log off for weeks-then return with Lemonade. It was a real time of self-exploration, during the most difficult period of my life.

So many essays were written, so many words that I still don't know if I should share. Anger, mostly, about what was done to me. What was done to us...

But at this point, I ask myself, am I addicted to self-care? If I am always in healing, will I ever actually be healed?

I'm about to get kicked out of Barnes and Noble...