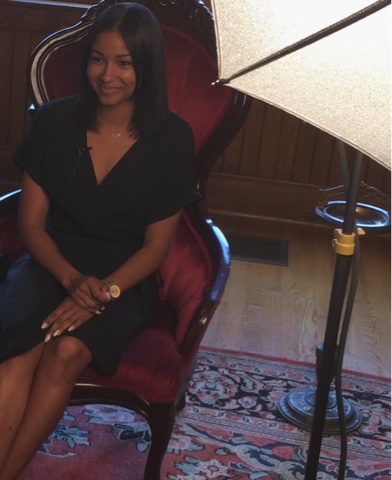 I'm not saying not to celebrate being Black. I'm saying, know your history. Know that there's no reason for one "race" to be treated differently than another because the fact is: there is no such thing as race, except for the human race. Those that enslaved us needed a way to console their guilt and remain in good standing with their Christianity, therefore, the concept of race was invented as a way to brain wash the entire world. They needed people to believe that people of color were animals, not humans, in order to justify their actions - despite their motto of being the "land of the free." But the lines of division that they drew are erasable. It will take time but it is not impossible.

I must also acknowledge the fact that racism  and race are two different concepts. Racism is very much real and alive. I know that. And I am doing my part to teach the youth such. It's been a long school year and they have learned their history: from the world beginning in Africa, to imperialism and colonization to Jim Crow to the Great Migration to the war on drugs to the disproportionate ratios of people of color in prison and in special education. They know about systematic racism. They use terms such as disenfranchised, oppressed, and privilege like water. They get it!!! Now, it's time to move them to the highest level, the most conscious level of them all. The one that MLK and X were assassinated for: the level where they promote SOLIDARITY. They are ready.

You can be "Young, Angry, and Black" while still acknowledging the fact that we are one. That's my definition of woke - to first know yourself, then to unify with others. Expand your perspective. Be a light maker. I am still learning and figuring things out about who I am and where I stand and what I even want to be considered moving forward. I am transparent about my growth in order to encourage others to grow as well. As much as I love being a Black woman, I don't even want to say I am Black anymore. I am GOLD.