Shiny Ashes Under the Sun: Special Education and Black Boys 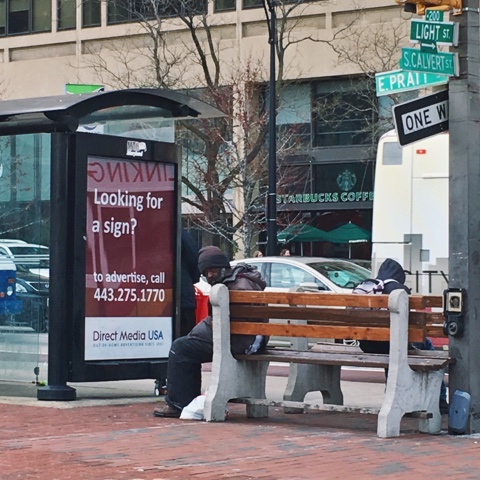 There's no one more invisible than a homeless Black man in America. No one sees him. He is thin air. But in the heart of the harbor, where a runaway by the name of Frederick Douglass once stood, I noticed him. Skin of shiny ashes under the sun. Eyes of a thousand prose. A distant song so familiar. I wondered what his teachers thought of him back when he was only a child. Did they foresee his future? How did he become shelterless? Who's fault?

These questions often make me wonder about my students, particularly, my students with disabilities. When academia becomes too much of a struggle, I watch their alacrity fade to apathy. Is this how the homeless Black man gained his status? Did he give up the fight instead of grappling? I wonder... about my boys. Will they learn to channel their anger? And recognize that their ADHD is actually their most tenacious attribute? Will they understand: their inability to "sit still" and stay focused is what it takes live up to the title of a Genius who beats on his craft until he has hands no more? Will they grow up to obtain creative careers that encourage them to use their minds and not just their hands? Will they wake to see the world outside of their hoods, while never losing sight of such hood, so that they may change the things that arouse their calling and life's purpose? Or will they be fooled by the idea that there is an American Dream already planned out for them: college or a vocational school? a job? a house? kids? Will they be blinded and discouraged by the pursuit of this so-called dream? Frustrated by measures they find themselves unable to amount to? Wake up in their adulthood to a living nightmare, designed to hinder them at all cost.

It's impossible to answer my own questions, to be honest. The reality is, I recognize my role. I am to be consistent in exposing them to their true selves. I am to differ them from the default journey that systematic oppression would like them to follow. I am not just a teacher, I am an alchemist. I must be relentless in my dedication to motivate their intrinsic love for learning and discovering who they are through literacy. And so, I infuse culturally relevant tools such as hip-hop into my lesson plans. I bring them snacks or left-overs from my dinner the night before to keep them awake at the end of the long 8-hour learning days. I let them know I love them with hugs and random notes and phone calls home. I shower them with unconditional patience and the understanding of a good mother hen. They respond rather well to it all. They work, even when they would rather "just chill" ... They know I hate when they come to class asking, "Ms. Clay, can we just chill today?" No. Because there are still days when I can't get through my lesson. Those days add up to hours and they kill me because they don't understand how much they are holding themselves back. Those days when all they want to do "pack" on each other. A brutal game of self-hatred, disguised in rounds of the dozens, which never ends well and much like the tirade of domestic violence, once they begin "packin" on each other, the emotions grow so intense that it's hard to break up. They destroy each other. No one walks away without a wound. Not even me.

Last week, two of my boys, one to my right and one to my left were packin' on each other.

"Ya' muva smell like she wash with unflushed public toilet water, yo!" It didn't matter that I was sitting right between them. Packin' season had begun. My stern "Cut it out!" was sheathed by an uncontrollable seventh grade raillery. My pale voice was no match for the other boy's heighten pride. He had to come back.

"Man! Ya' muva a junkie! She just take care of you for the welfare check! She use it on the needle not on you! She a junkie!!! That's what junkies do!"

Haughty, unmerciful laugher grew more intense. Even the boy who he said it to was cracking up. True feelings masked. The only person who found nothing funny at all was me.

"We DO NOT use the word junkie EVER." I was crying inside but they wouldn't have known.

"Why, Ms. Clay?" They respected my tone and stature but still did not end their laughter.

"Junkie? That's not even a curse!" The back talk these days... despicable beyond contempt.

"Chill, y'all." She moved her long wavy yaki from one side of her shoulder to the other. A mature girl-child who's young life is a rear view mirror of my own. She was able to quell and silence her peers in a way that I wasn't.

The laughter ended but my emotions were still heavy. I wanted to address the use of such a derogatory term but at the moment, I would've been speaking from an emotional level, not a conscious one. Who knows what I would have said to that boy. I couldn't risk hurting and embarrassing him on a count of my misdirected shame.

A week's gone by. Still, I haven't fully readdressed the incident but something interesting happened today. The packin' game began again. The two boys were as far apart as alpha and omega but going at each other with the speed of a short distance. I tuned them out to work one on one with a student in need, when I heard the very child who I reprimanded last week say, "Don't use junkie, yo, that's a powerful word." He was smiling and laughing when he said it, not to bring too much attention to his redirecting skills, not noticing me notice his restorative growth.

The invisible Black man catches me. As I zoom in on his contemplative stance, he stops me with his stare. He doesn't turn away. Neither do I. Until my uber takes off with the change of the light.

I turn my thoughts back to my class. My students. My boys. The boy, who stung me with his maturity today. What will he be when he be grows up? Will he find his way from the special education system of this country into his own un-selvaged space? Will he be a maker or a consumer? An employee or an entrepreneur? Will he rise above or be shot down? It's not possible to say what the future holds but I am confident in the one thing that I believe he will have: heart. He will be self-reflective. He will be glory in and of itself, no matter where he is or where he goes because he listens with compassion. A compassion that can never been cloaked because of his charisma and courage.