Where are the White Kids? 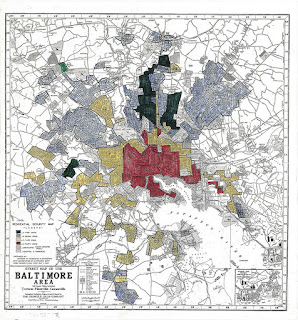 What makes me so different? Is my skin the reason I don't get an equal education? Why do we as black people lack education? Have you ever wondered why the schools in the "hood" barely had anything from teachers down to school supplies and those county schools (white schools) have almost everything? Better teachers, brand-new books etc., ect. Well, I'm here to tell you.

Segregation was originally thought to be ended in 1896 with the case of Plessy v. Ferguson but it didn’t take Black people too much time to realize the equality wasn't actually "equal.” The things they got, compared to whites, were either low quality, underfunded, or sometimes both.

Back in 1951, there were thirteen parents who filed a lawsuit against the Board of Education on behalf of their twenty children. The Board of Education in their districts separated elementary schools under the Plessy v. Ferguson decision, which permitted districts to keep separate elementary school facilities for black and white kids in communities, but the parents were tired of it. Thurgood Marshall and the NAACP came together and called for a reverse decision on racial segregation. This was known as Brown v. Board of Education. In 1954, they were successful and the Supreme Court outlawed the separate but equal decision across the country. It has been over 60 years since the Brown v. Board of Education decision was made but many schools in Baltimore still look segregated. Where are all the white kids? In this city, there are black kids that have to go to a low-income school just because their families are struggling, even though there are white schools that are filled with wealthy families and students that have everything they need.

Is it surprising that a situation like this can cause problems that get in the way of learning? If we judge by test scores and grades, the black schools are not doing well compared to the white schools, citywide. Black schools tend to lack resources that are needed to have a proper education. The reason these schools can be legally segregated is because of redlining.

Redlining is the practice of denying services and what big corporation owners do is raise prices on properties in certain areas (the “white” areas) so low income families can't own or rent. They do this based off race or ethnic. They are also known for “denying people of financial services such as banking, insurance, or health care.” There is also something called reverse redlining and that's when they give families that are dealing with redlining loans or insurance, but they charge them more than then the families that aren't struggling.

Redlining affects not only people’s living situations but it also affects the education of children. You see, most locations of schools in urban neighborhoods and those in the places that are affected by redlining. If you can’t afford to live in a better neighborhood, you wont go to a better school.

My school, South West Baltimore Charter School (SBCS), has been affected by the practices of redlining and the decisions made in the cases of Plessy v. Ferguson and Brown v. Board. Sure, we here at SBCS have iPads but SBCS doesn't have a nice gym, a music class, or other resources that will enrich our experiences.

Plessy v. Ferguson, to me, was like the beginning of Black people really starting the Civil Rights movement. Ida B. Wells paved the way when she stood up for her rights. These were early signs that Blacks were serious about ending racial segregation. Brown v. Board of Education was like the last layer to change. It was supposed to end segregation for good but society still found a way to separate us. It makes me wonder, will we ever see diversity in Baltimore schools?