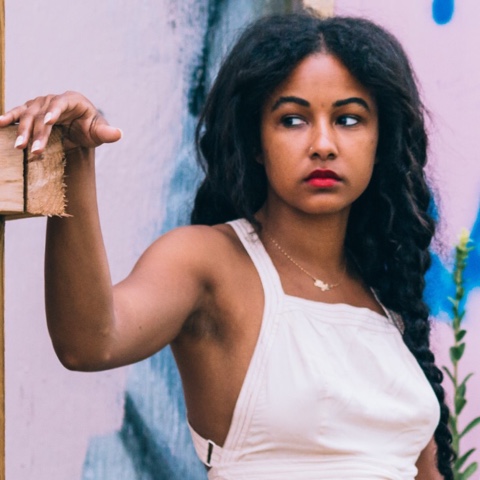 I was called arrogant today. Someone who has "known" me for a little over ten years now said, "...your judgmental view and arrogance... which has grown tremendously since I've known you."

So it got me to thinking... I know I am far from judgmental. But, hmm... Am I arrogant? I looked it up: offensive display of superiority or self-importance; overbearing pride.

Self-importance --- confidence? Yes. Sounds like confidence. So basically, what this person is saying is that my confidence offends him, and has been "tremendously" doing such over the last few years.

I retorted with, "who cares? ...you're annoying." But the more I think about it, the more offended I am. If you have seen me becoming something as negative as arrogant, why not say anything to me about it? Is it too much to expect the people in your closest circle to be honest with you about how they feel? At this point in my life, I don't think it's too much at all.

Mind you, this is a person I always make time for when I haven't made time for anyone else. A person who, in the same breath as calling me arrogant,  claimed  to "accept people how they are and not take things personally." I know, right now  I am in my feelings, but even if I wasn't, I never want anyone in my circle who is harboring feelings about me, disguised as, "accepting me for how I am." That's phony. I want you  to always be honest with me, not in moments of retaliation, but in moments of love. If I am only hearing things when something is done "wrong" how will  that support me as a person? Relative comments are not empowering. They only provoke defensiveness. That's toxic af. You have to be about growth if you are in my garden.

But I can admit, sometimes, I can be an a**hole. But advancing in the area of arrogance? Do you know how hard I fought to actually believe in myself, love myself, and trust myself? No. I don't receive that message at all. And I don't have to if I don't want to, either. I worked too hard to get to a place of peace with just who I am, how I am.

You've got to take what you want from people and leave the rest behind.

Never let anyone's projection of you become your reality.

Let people feel how they feel. Thinking what they want to think.

If someone gives you criticism that you don't like, good, that means you care about who you are as a person. Take a moment, like I just did, and reflect. Don't ever ignore anything that bothers you. Take a moment to yourself before responding (try to avoid poorly responding, without reflecting, like I did with "you're annoying!") if you know it isn't said to help you flourish, step over it and don't look back. If it does reveal a truth about you, swallow your pride and thank the person, then proceed to ask them to be more intentional and gentle with the timing of their constructivism.