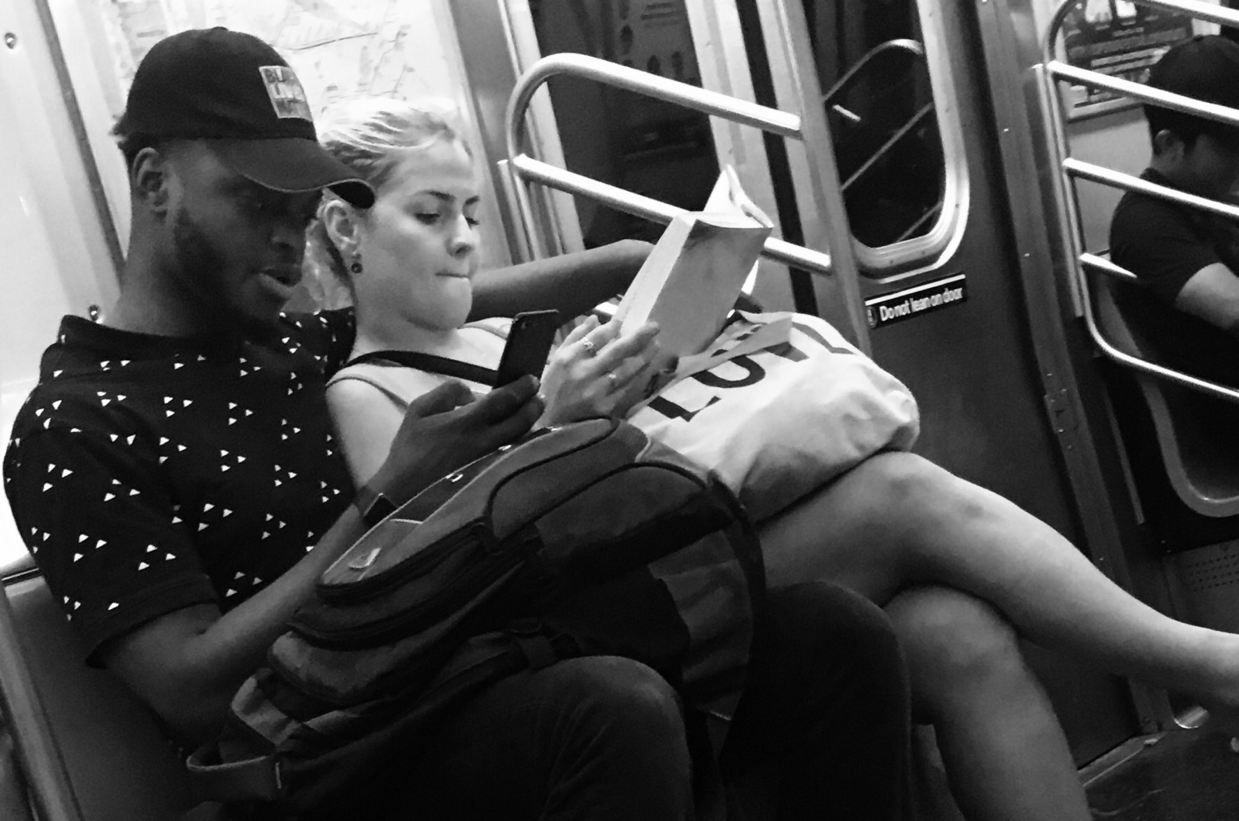 She is reading a thick hardcover book and has a canvas shopper with the word LOVE spelled in bold letters. Leaning into the coziest spot of a man's body, the small underneath their shoulder, where a woman usually fits like it was chiseled just for her. And she never looks up but he looks around every once in a while when he's not scrolling through his phone. A subtle sign of protectiveness that men show at times. Chewing gum out of the side of his mouth.
I mean, she could be Hispanic. But I wouldn't know unless she speaks. Skin pasty. Hair blonde. Nose pointed. Persimmon maxi dress to match her mani pedi.
He's in all black. Ashy boot cut denim. Laceless Nike's. Tight shirt but not snug enough to be a muscle tee.
Both unbothered.
Truly unbothered.
A woman squeezes into a gap to sit next to them. He scoots closer to his woman. Cozier.
And I do nothing but continue to watch. Continue to creep. Lurk. And wonder if I am the only one wondering: Are Black men who wear Black Lives Matter snap backs allowed to court white women? But she might not even be white. Really there's no such thing as white. Which would mean there's no such thing as Black. Which would make his hat not matter. Which means, dare I say, all lives matter?
Years ago none of my questions would have mattered because in the minds of some, black lives should never intermingle with white lives in this casually audacious display that breathes with ease in this breezeless underground city. This display would've been taboo. Criminal. He would've been killed or jailed and then the answer to the question I dared to ask would have been NO. All lives do not matter.
They kiss. She gets off. 3rd Ave, like me.