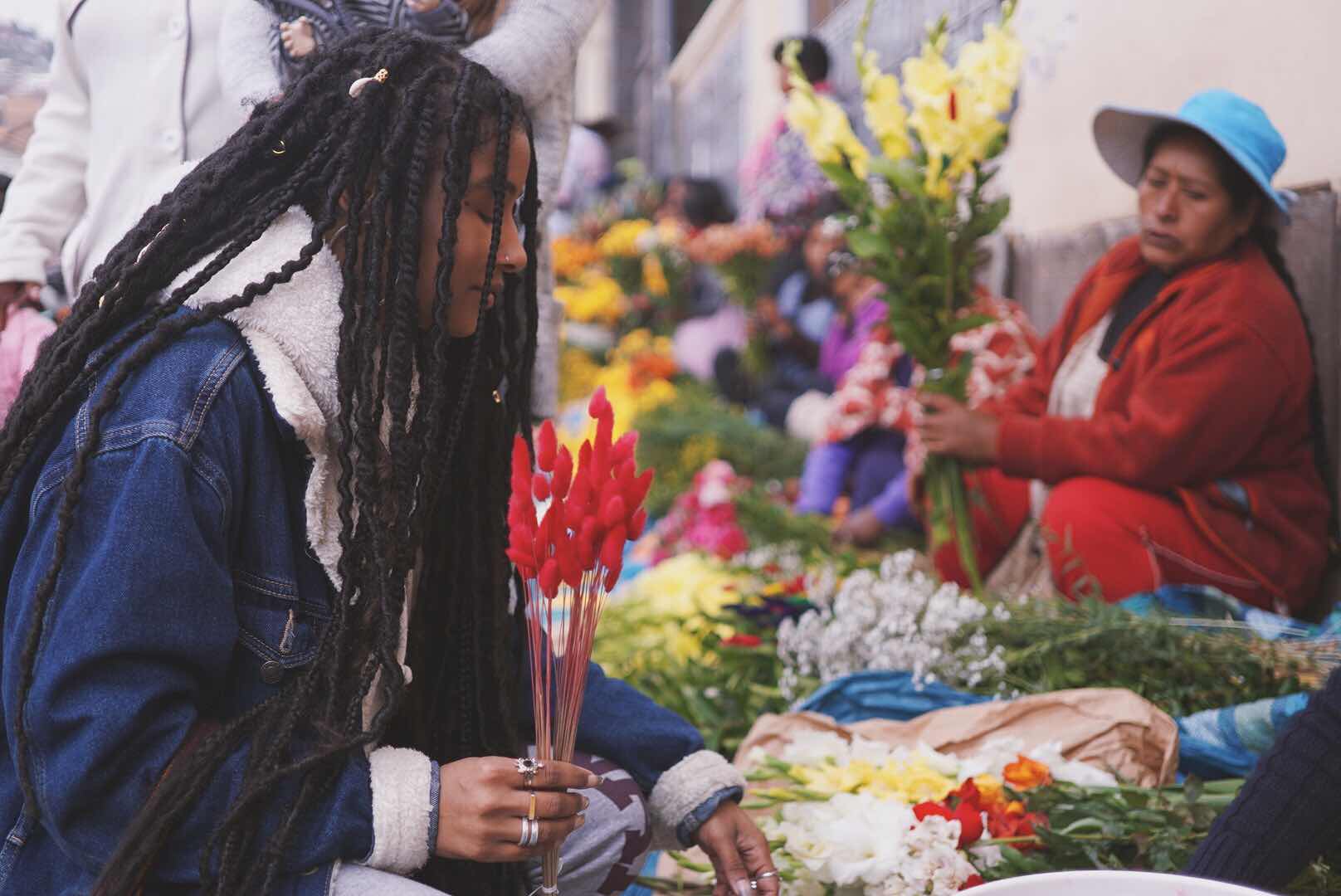 i whispered my broken spanish to the flowers...they smiled at my growth, they know my past and how hard it once was for me.

All those break downs, tears I cried, wanting to be more than I am because I thought I wasn’t enough. Frustrated to the point of wanting to deny my heritage. Santiago, Barcelona, Havana—that’s where it ended until I got back to the Heights and it started again.

But then to the Capitol with the kids, Talum with my sisters, San Pedro with my love, and Cusco with the family.

I opened the door with nothing but my night shirt on to figure out what was going on out there.

Standing across the garden with a mop and bucket in her hands. She made me address her before asking her questions. The hotel’s housekeeping lady was an elder. Probably been cleaning as long as my granny. I wondered about her life. How she came to be at that place and how many children she had and if she was going home to cook and clean for her own later that evening. I wasn’t purposely being rude. I just wanted to know why there were gun shots going off at 7AM.

I can’t type her response word for word but I knew what she was saying. She explained that the fire works were in celebration of the new year, just  like the painted yellow flowers all over the city.

I felt them staring at me but I thought nothing of it. I couldn’t believe she killed that beetle and used the blood for lipstick. It was pretty, though.

I think they thought I didn’t answer the question correctly. They were laughing and I knew it wasn’t to taunt me but to get me to say the right number —or what they thought was right.

“No, trienta dos!” I held my fingers to show 32. They gasped. Shiny eyes widened. Soft hands. Childish dimples but the innocence of a grown teenage girl. I knew them. They were us.

Touching my garden locs. Asking me if I keep them in “para toda la vida?” Because they wear their two braids forever. Separated when they are single and pulled together at the ends when they are married. A subtle reminder that a woman’s hair is more than its style. We design culture. It is guided by our hands, to our hair, through your soul. It doesn’t matter if you know or not.

I climbed every mountain but I didn’t feel high.

I only felt connected to the mirrors in the mosaics. Murals on the side of corner stores like the ones we did in the father land. The mirrors to reflect the sun and pay homage to the light. The cocoa leaf offerings. The clay. Pachamama.