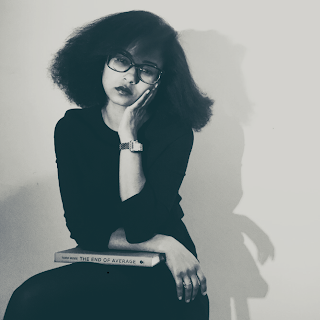 Valencia D. Clay was born in Harlem during the infamous Ronald Reagan Era. Her mother was swept into the War on Drugs that psychologically and economically disrupted urban communities, leaving her grandmother to raise her.

Valencia was an active child but she was dismally motivated to learn in school, this was the result of the trauma she was inadvertently taught to normalize. On many days, she found herself suspended for fighting. On many nights, she slept in the stairwells of her building when her grandmother would kick her out of their apartment for her unruly attitude. Valencia wanted to run away from home but instead, she found guidance in many mentors and youth programs in the community. They encouraged her to attend Morgan State University in Baltimore.

Valencia's life changed when she left New York. Attending Morgan State gave her a fresh start. She earned a 3.8 GPA and graduated with a Bachelor’s of Science in Elementary Education. She began teaching Humanities at the Baltimore Freedom Academy. There she found a need for more special educators, so she enrolled in Johns Hopkins University for a Master’s of Science in Special Education. Shortly thereafter, she earned a certificate in Administration and Supervision.

In the midst of earning her degrees and teaching her courses, she co-founded a non-profit organization, The Flourishing Blossoms Society for Girls, Inc. a support network for young girls from urban areas, with a mission to mentor and provide service opportunities. They recently led a delegation of young women on a service learning trip to the Dominican Republic to learn about the African Diaspora, while engaging in mindfulness and using creative arts to paint street murals in collaboration with adolescent girls in the communities.

Valencia is currently completing her 11th year as an 8th grade Humanities teacher and Critical Theory professor in Baltimore, Maryland. She just created a new documentary-style reading and writing series, Kids Who Know Everything, which allows her students to share the knowledge they learn in class with the rest of the world.

With literature as the foundation, she continues to prompt her students to analyze culturally relevant matters from a critical stance. Her work in the classroom has led her students to be the published authors of "Broken Keys Don't Unlock Doors," an anthology of essays and reflections about their perspective on urban education. Their book and her first book, Soundless Cries Don’t Lead to Healing: A Critical Thinking Guide to Cultural Consciousness are both true forms of activism. View her musings on her blog, ValenciasGarden.com, and on Instagram, where she is candid and transparent about her own personal challenges, including dealing with depression, while promoting literacy and self-education as a form of freedom from oppression.

For all inquiries email: ValenciasCalendar@Gmail.com

To book a consultation please click the link below